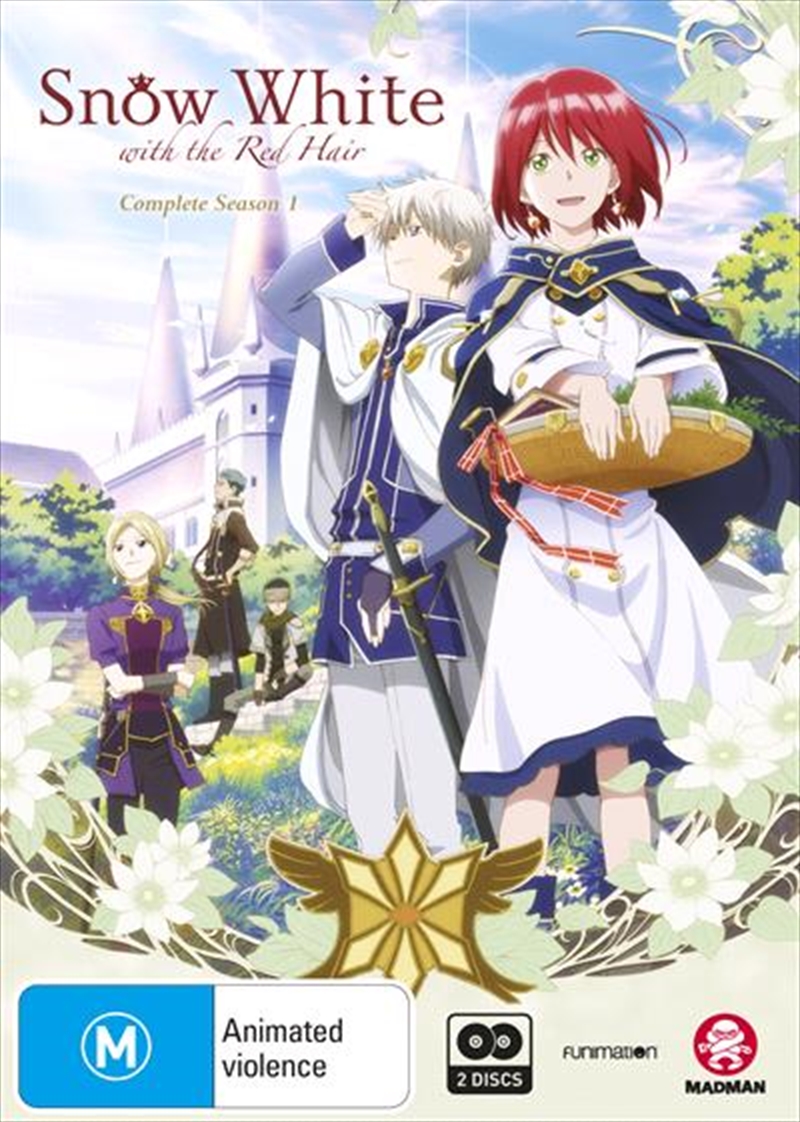 DESCRIPTION
The romance of a red haired maiden and a brave prince.

Once upon a time in the Kingdom of Tanbarun, there lived an independent young woman with beautiful red hair. A skilled herbalist by trade, Shirayuki used her knowledge of plants and medicine to heal the people of her city. But when her apple-red hair drew the unwanted attention of the devious Prince Raj, she was left with two options become his unwilling concubine, or leave her home forever. In the dead of night, she cut her hair and escaped to the neighboring kingdom of Clarines where she was found by a kind young man named Zen. The mysterious stranger turned out to be none other than the dashing prince of her newfound kingdom. And with his protection, Shirayuki was finally free to chase her dreams. Now, she's set her sights on becoming a royal court herbalist and it will take a lot more than poisoned apples, scheming lords, and challenging exams to stand in her way.
DETAILS