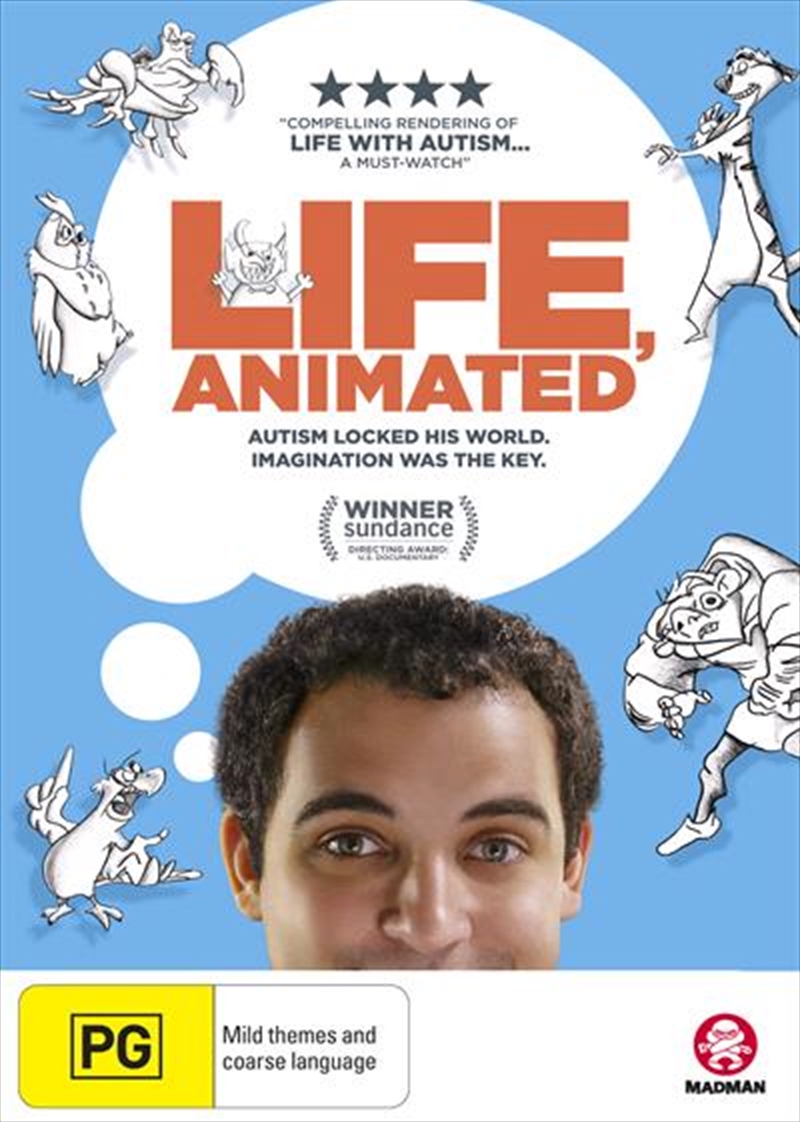 Directed by Academy Award-winning filmmaker Roger Ross Williams LIFE, ANIMATED is the inspirational story of Owen Suskind, a young man living with autism whose life is enriched by Disney animated films, and the unconditioned love from his family. Owen Suskind is an autistic young man who could not speak for years as a child and yet slowly emerged from his isolation by immersing himself in Disney animated movies. The subject of his father Ron Suskinds New York Times bestseller, Owen used these films as a roadmap to reconnect with his loving family and the wider world. Winner of Sundance's prestigious Directing Award, LIFE, ANIMATED is an emotional coming-of-age story that shows the next stage of Owens journey as he takes his first steps towards independence.