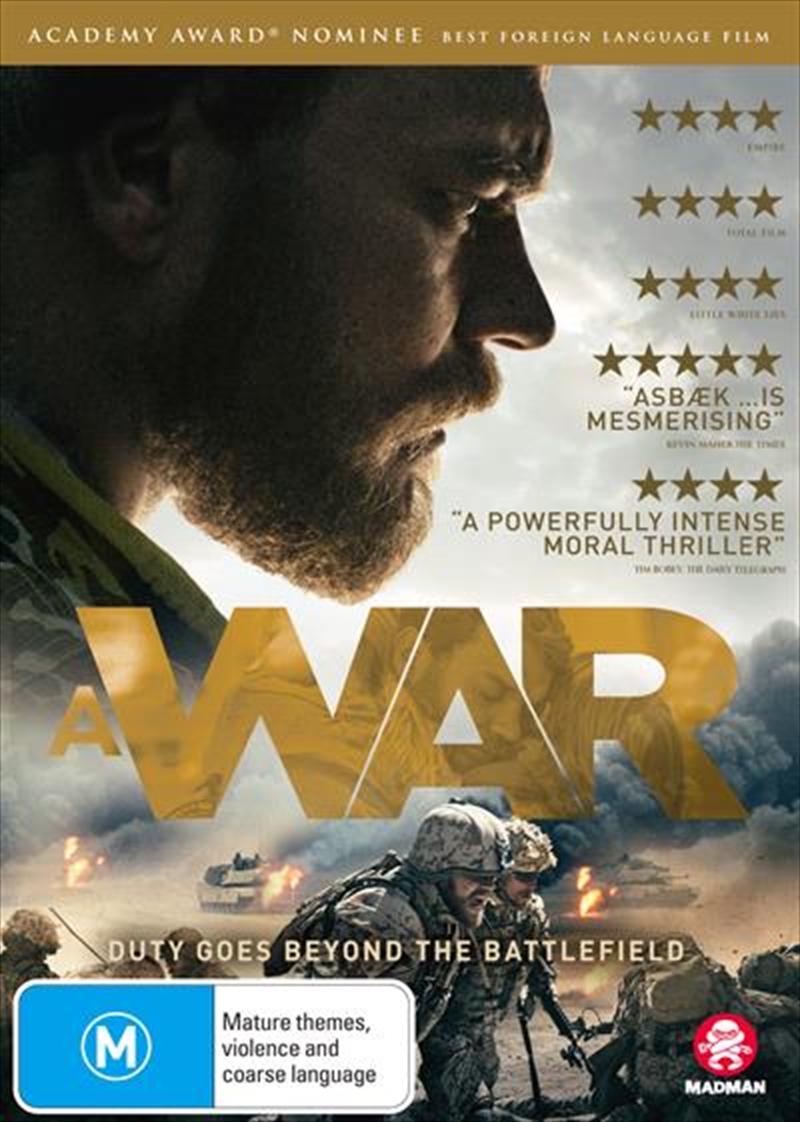 Academy Award nominated for Best Foreign Language Film, A WAR is the acclaimed new drama from the director of A Hijacking. Company commander Claus M. Pedersen and his men are stationed in an Afghan province. Meanwhile back in Denmark Claus wife, Maria, is trying to hold everyday life together with a husband at war and three children missing their father. During a routine mission, the soldiers are caught in heavy crossfire and in order to save his men, Claus makes a decision that has grave consequences for him - and his family back home.