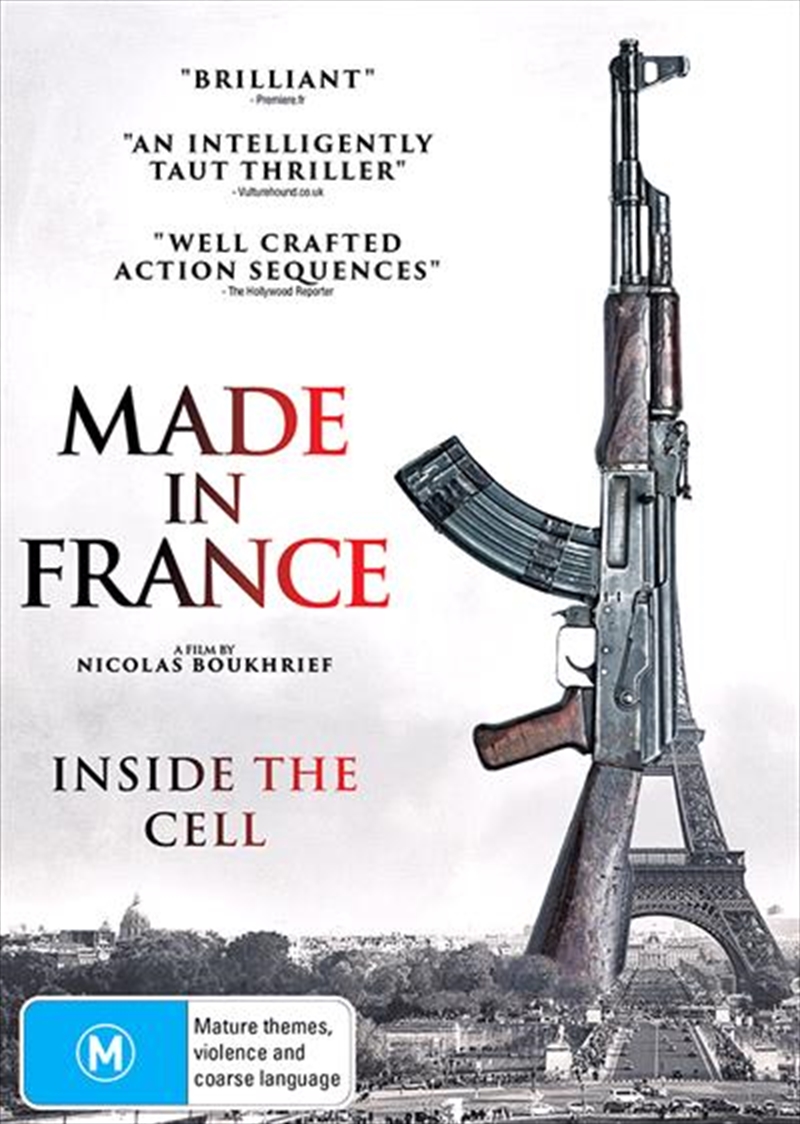 After the horrible terrorist attacks that rocked France, this daring thriller plunges you deep inside an extremist group planning an attack in the heart of Paris. Sam, an independent journalist, takes advantage of his Muslim culture to infiltrate an Islamic fundamentalist cell. Following his initiation events accelerate at an alarming rate and soon Sam is in way over his head. Turning to the police for help he is instead recruited as an undercover agent as the wildly unpredictable leader of the cell prepares a series of attacks in the French capital.

Title: Made In France