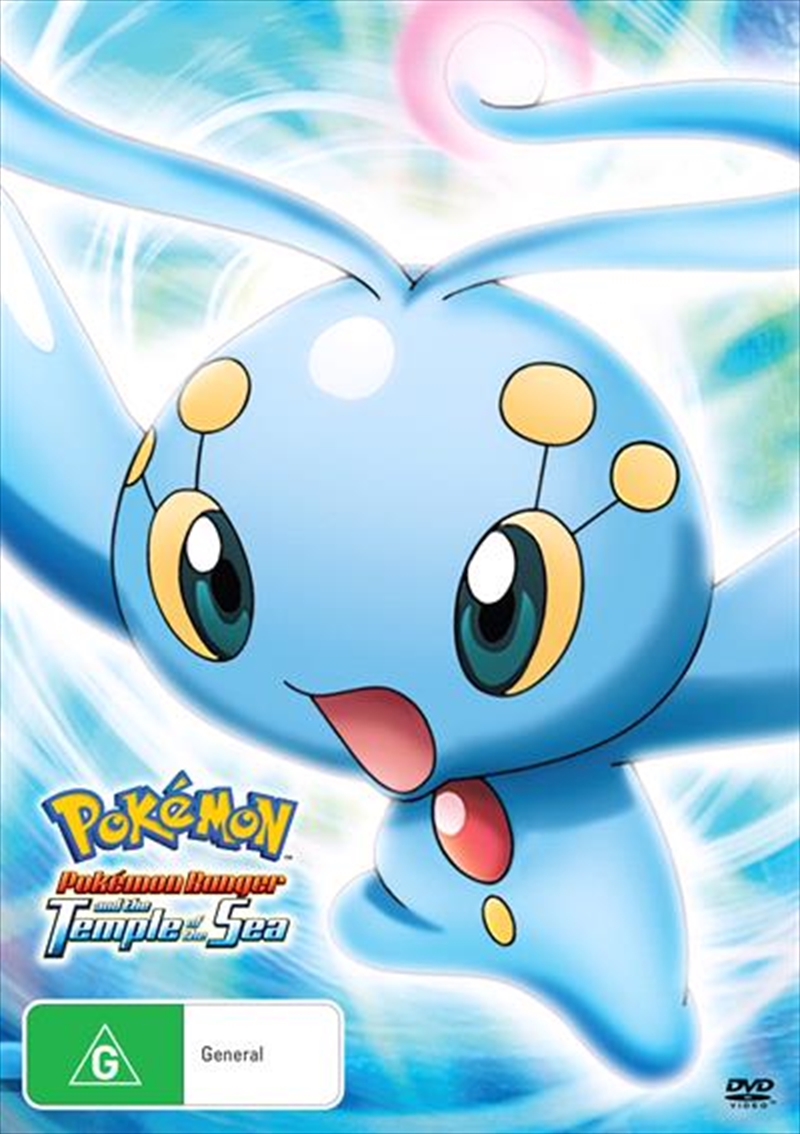 SEE MORE IN:
Pokemon 3 For $20 Movies & More
DESCRIPTION
It all started with a legend passed down by the people of the water...Somewhere in this world, there exists a Sea Temple created by the People of the Water. The Sea Temple contains a hidden treasure called the Sea Crown, but it remains undiscovered. The Temple drifts through a vast ocean, undetected, waiting... waiting... Ash and Pikachu meet Lizabeth, a descendant of the People of the Water, and learn about the legend. They also meet Jackie, a Pokemon Ranger on a secret mission to protect a Manaphy egg, and find the Sea Temple as well. However, The Phantom plans to obtain the Sea Crown and take over the world - but first he needs the Manaphy egg! Now Lizabeth and Ash must help Jackie protect the egg and stop the nefarious pirate! But what exactly is the Sea Crown? And how does Manaphy's mysterious power connect it to the Sea Temple? Join Ash and his friends for another exciting Pokemon movie adventure!
DETAILS

Title: Pokemon - Pokemon Ranger And The Temple Of The Sea - Movie 9