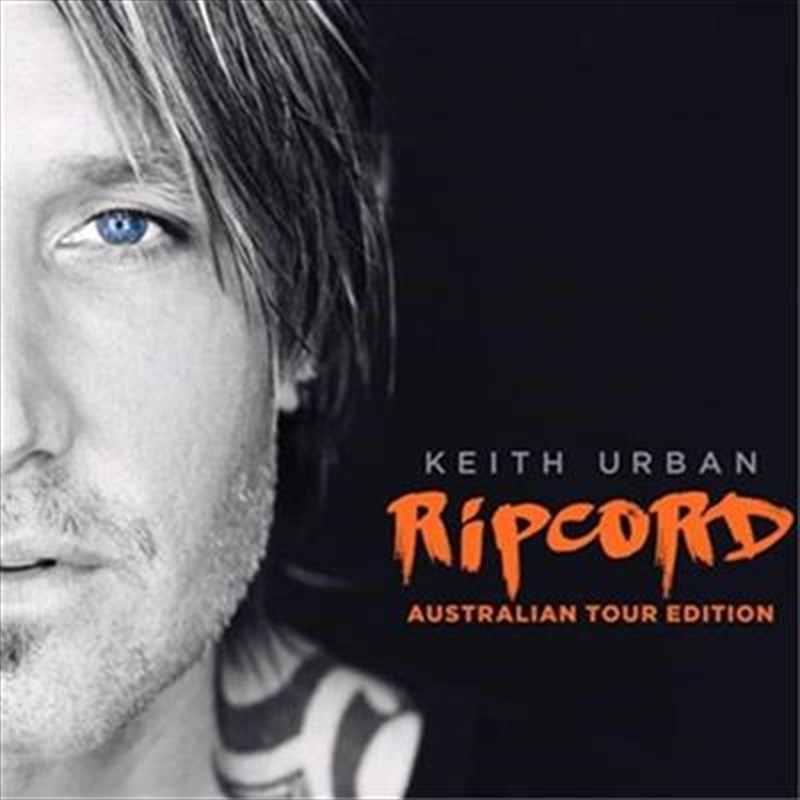 Keith Urban marks the incredible success of his ARIA #1 album Ripcord with the release of a unique Australian Tour Edition / 2 disc set on December 2, just ahead of his Ripcord concert tour which kicks off in Adelaide on December 6.

Ripcord is Urban’s most successful album to date. Approaching Platinum status here in Australia, it’s the only Australian release to hold in the ARIA Albums Chart top 20 across the last six months. It has provided the celebrated singer songwriter with his third consecutive #1 debut on the ARIA Albums Chart and spawned hit single ‘The Fighter’ featuring Carrie Underwood, the Platinum single also achieving top 10 airplay status.

Disc 2 encompasses a range of tracks – ‘Stupid Boy’, ‘Blue Ain’t Your Color’, ‘Wasted Time’, ‘John Cougar’, ‘John Deere, John 3:16’ as well as a ‘Gone Tomorrow (Here Today)’ taken from Keith’s recent live performance on Jimmy Kimmel. All were recorded in one take, on one microphone, offering fans a unique and personal perspective on these songs.

Joining Urban on his “Ripcord World Tour Australia 2016” is 7-time Grammy-award winning, multi-platinum superstar Carrie Underwood. She is currently traveling across North America and Canada on the biggest tour of her career, The Storyteller Tour – Stories in the Round. The arena tour has played for 800,000 fans so far in 2016.Keith Urban has amassed over 16 million album sales worldwide and combined sales of 1.1 million units in Australia. His seventh studio album ‘Fuse’, was #1 and certified platinum in Australia, the United States and Canada (a first for any country artist) and followed his #1 ARIA Album debut for 2012’s ‘The Story So Far’ (certified 3 x platinum in Australia) and #1 US and Australia for 2009’s ‘Defying Gravity’.

The Australian Tour Edition celebrates Keith’s upcoming stadium tour in Australian with the additional of one take, one microphone versions of key tracks and a live mix from a a Jimmy Kimmel performance.
DETAILS

5. Sun Don't Let Me Down (Featuring Nile Rodgers and Pitbull)

RAW: ONE TAKE, ONE MICROPHONE