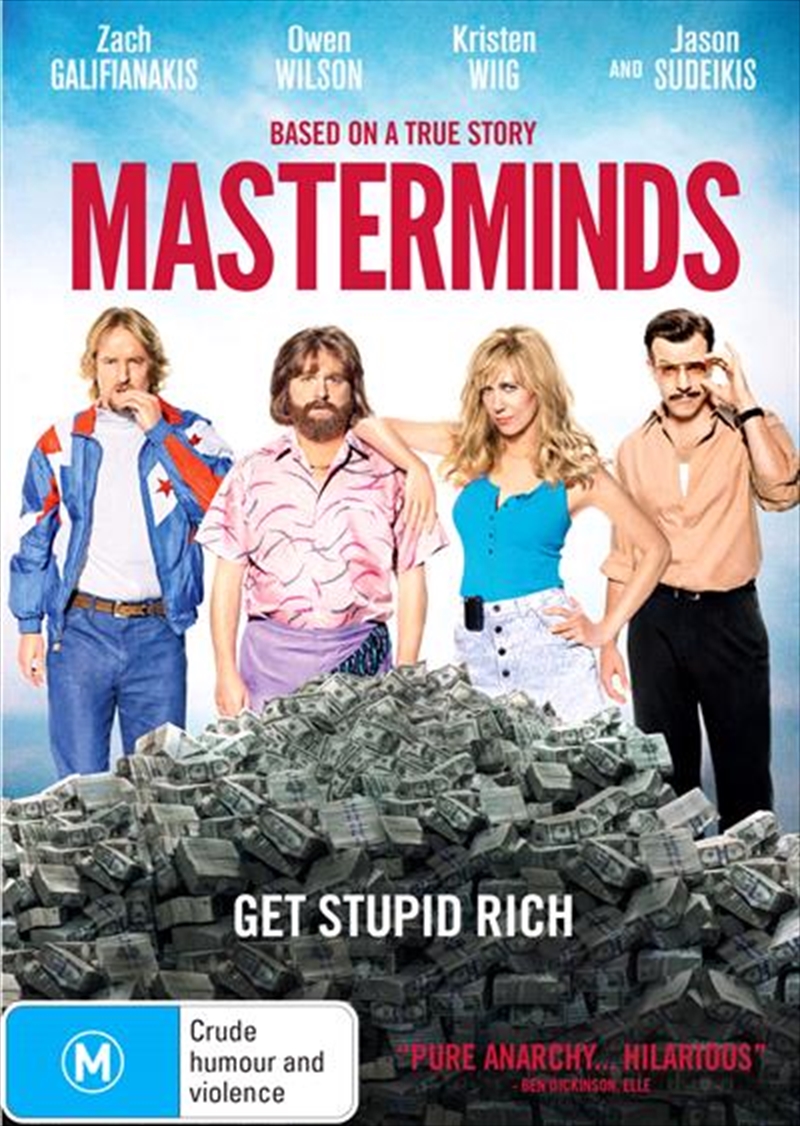 Shipping - See delivery options.
Postcode:
Quantity:
SEE MORE IN:
3 for $20 Movies & More Cant Seem To Stream
DESCRIPTION
What would you do with $17 million?

David Ghantt discovers the true meaning of adventure. He is a simple man stuck in a monotonous life. Every day he drives an armoured car, transporting millions with no escape in sight. The only bit of excitement is his crush Kelly Campbell , who lures him into the scheme of a lifetime. Along with a group of half-brained criminals led by Steve Chambers and a faulted heist plan, David manages the impossible and makes off with $17 million. only problem is he foolishly hands the money over to this group of double-crossers and is set up to take the fall. With the bandits blowing millions on ridiculous luxuries, they leave behind a glaring trail of evidence. In over his head, David must dodge the authorities, evade a hit man, Mike McKinney, and turn the tables on the ones he trusted.
TRAILER
DETAILS