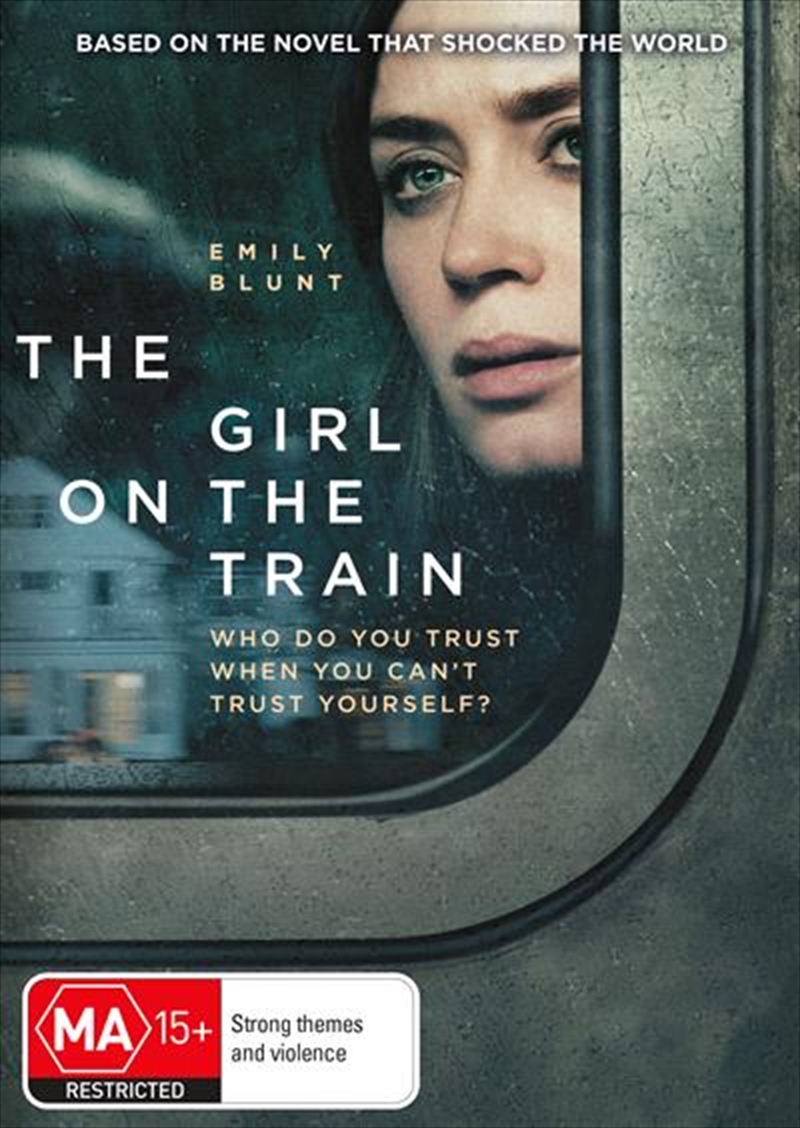 The Girl On The Train DVD

Based on the novel that shocked the world

A divorcee becomes entangled in a missing persons investigation that promises to send shockwaves throughout her life. The Girl on the Train is the story of Rachel Watson's life post-divorce. Every day, she takes the train in to work in New York, and every day the train passes by her old house. The house she lived in with her husband, who still lives there, with his new wife and child. As she attempts to not focus on her pain, she starts watching a couple who live a few houses down -- Megan and Scott Hipwell. She creates a wonderful dream life for them in her head, about how they are a perfect happy family. And then one day, as the train passes, she sees something shocking, filling her with rage. The next day, she wakes up with a horrible hangover, various wounds and bruises, and no memory of the night before. She has only a feeling: something bad happened. Then come the TV reports: Megan Hipwell is missing. Rachel becomes invested in the case and trying to find out what happened to Megan, where she is, and what exactly she herself was up to that same night Megan went missing.
TRAILER
DETAILS

Title: Girl On The Train, The