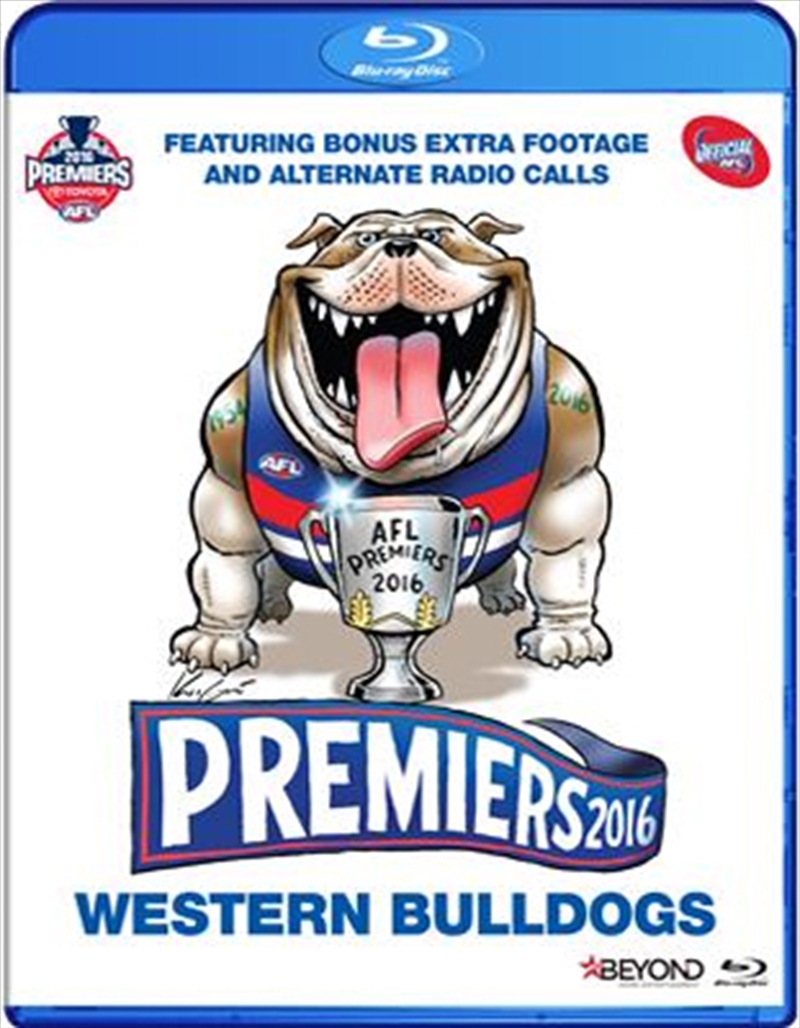 It’s been a long time coming, but for the Western Bulldogs this is the year it has finally happened – victory in the 2016 Toyota AFL Grand Final delivering the club’s first Premiership in 62 years – breaking what was the AFL’s longest drought with a win that will be celebrated by the club and fans for years to come.

The Bulldogs were the surprise package last year, with first-time senior coach Luke Beveridge trusting in youth as part of a swashbuckling, high-pressure game that delivered a first taste of Finals footy since 2010. The strategy continued to pay dividends in 2016, and with inspirational skipper Bob Murphy sidelined with injury, others stepped up to lead the charge: veteran defender Matthew Boyd, tenacious tagger Liam Picken, mercurial forward Jake Stringer and star midfielders Marcus Bontempelli, Lachie Hunter and Luke Dahlhaus all led from the front as part of an exciting Dogs outfit. They ambushed last year’s Grand Finalists West Coast Eagles in Perth in a one-sided Elimination Final, before a magnificent come-from-behind Semi Final triumph against Hawthorn, in what would be a symbolic changing of the guard. Another impressive away win against fellow young guns GWS Giants in Sydney set up a mouth-watering Grand Final clash against Minor Premiers Sydney Swans, and in front of a packed house at the ‘G, the Bulldogs rose to the occasion, riding the momentum of an incredible season to deliver the club its first Premiership Cup in over six decades.