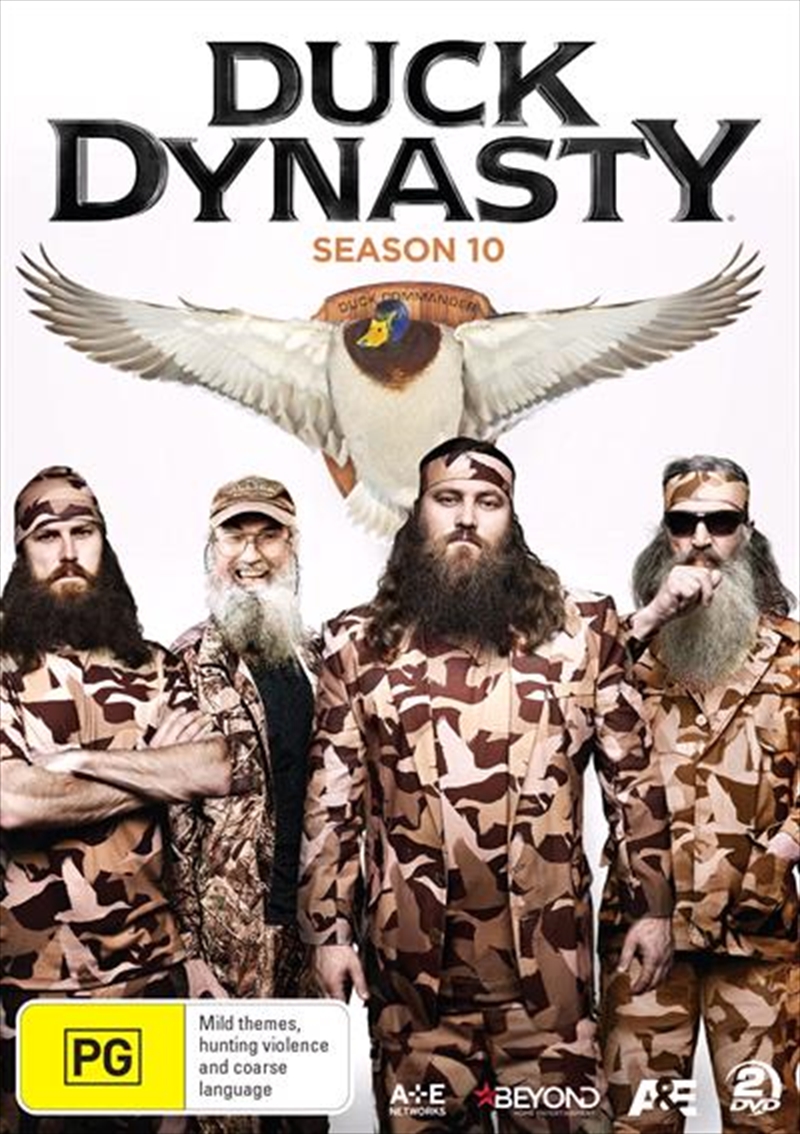 Season 10 of DUCK DYNASTY follows the Robertson family as they conquer new family milestones while showcasing their down home southern charm. Willie and Korie celebrate their 25th wedding anniversary as well as introduce fans to their new adopted son Rowdy. Additionally, Jase's son Reed surprises his girlfriend with a marriage proposal in NYC, Si goes to court to fight a parking ticket, Sadie checks out colleges and the family pulls together when a storm hits West Monroe.