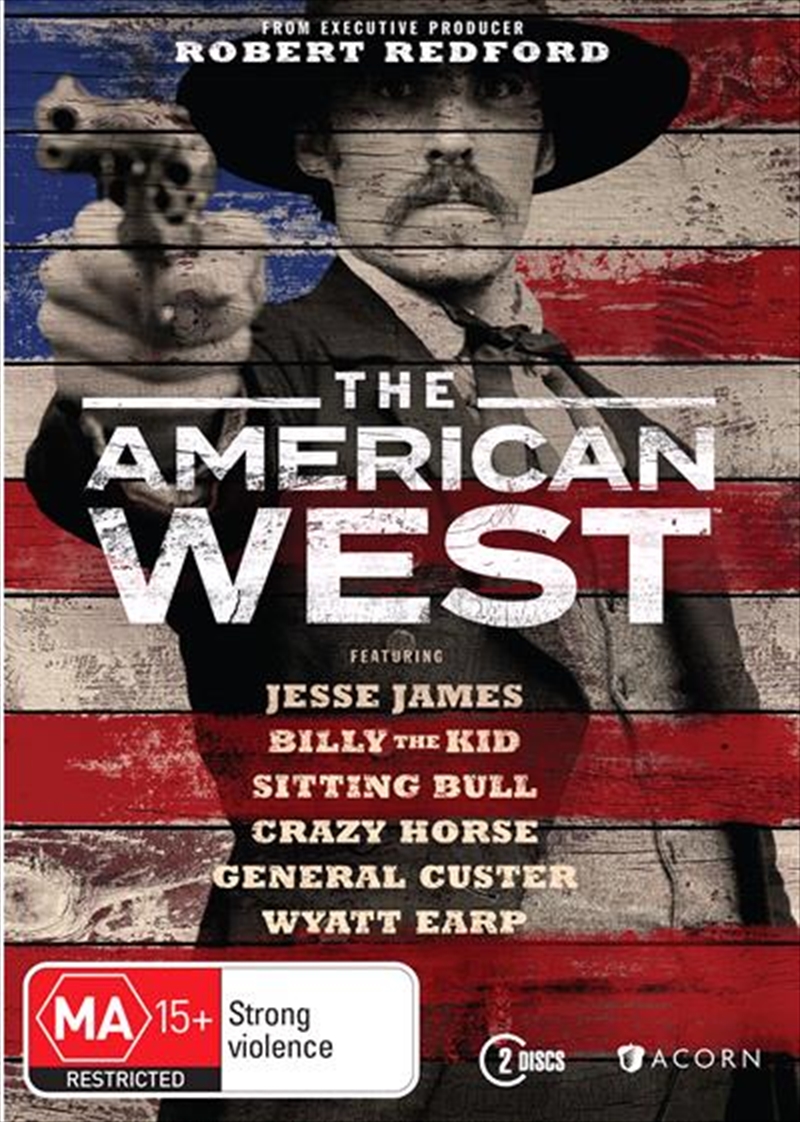 Shipping - See delivery options.
Postcode:
Quantity:
SEE MORE IN:
2 for $40 TV All 2 for $40
DESCRIPTION
Spanning the years from 1865 to 1890, The American West, shows how, in the aftermath of the Civil War, the United States transformed into the land of opportunity.The 8-episode series chronicles the personal, little-known stories of American Western legends such as Jesse James, Billy the Kid, Wyatt Earp, Crazy Horse and Sitting Bull. The west was won in the 40 years between the end of the Civil War and the turn of the century. From the Civil War veterans first heading out into the unknown, to the final gunshot that closed the Frontier, the west would come to define American identity. But the land didnt come without a fight. As the borders expanded further and further, outlaws ruled the land, and in this lawless territory, the only justice was power. Brutal gang wars raged, and by necessity, came the earliest form of law. But in the west, money and greed ruled everything, and having the law on your side meant nothing: the only thing that mattered was who could shoot the fastest.The American West catapults you into a violent world of cowboys, Native Americans, outlaws and gunslingers. The ground runs red with the blood of their stories, from Jesse James to Billy the Kid. These men were the first to live the American dream, and the first to die for it.Executive Producer Robert Redfords knowledge and passion for this period is apparent in each of the eight episodes, as well as appearances from Ed Harris, James Caan, Kris Kristofferson, Mark Harmon, Tom Selleck, Burt Reynolds and Kiefer Sutherland.
DETAILS