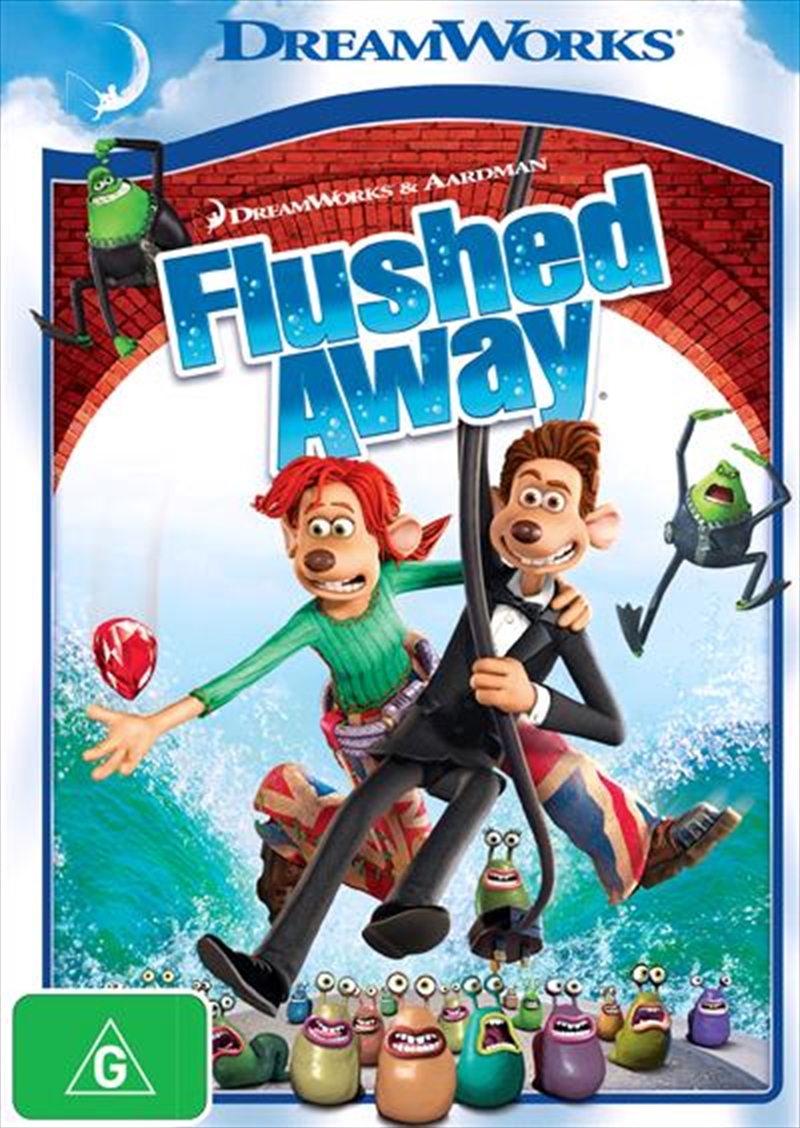 Set on and beneath the streets of London, "Flushed Away" is the story of Roddy (Hugh Jackman), an upper-crust society mouse who is rather rudely evicted from his Kensington flat when he is flushed down the toilet, into the bustling sewer world found under London's streets. There, he meets Rita (Kate Winslet), an enterprising scavenger who works the sewers in her faithful boat, the Jammy Dodger. Together they must navigate their way through a busy city filled with dangers for any mouse, including terrifying rapids, treacherous whirlpools and, most of all, the villainous Toad (Ian McKellen) and his hench-mice Spike and Whitey (Andy Serkis and Bill Nighy). Though completely out of his element at first, the privileged Roddy finds himself an unlikely hero when he learns that the world below is in danger from the world above.
TRAILER
DETAILS