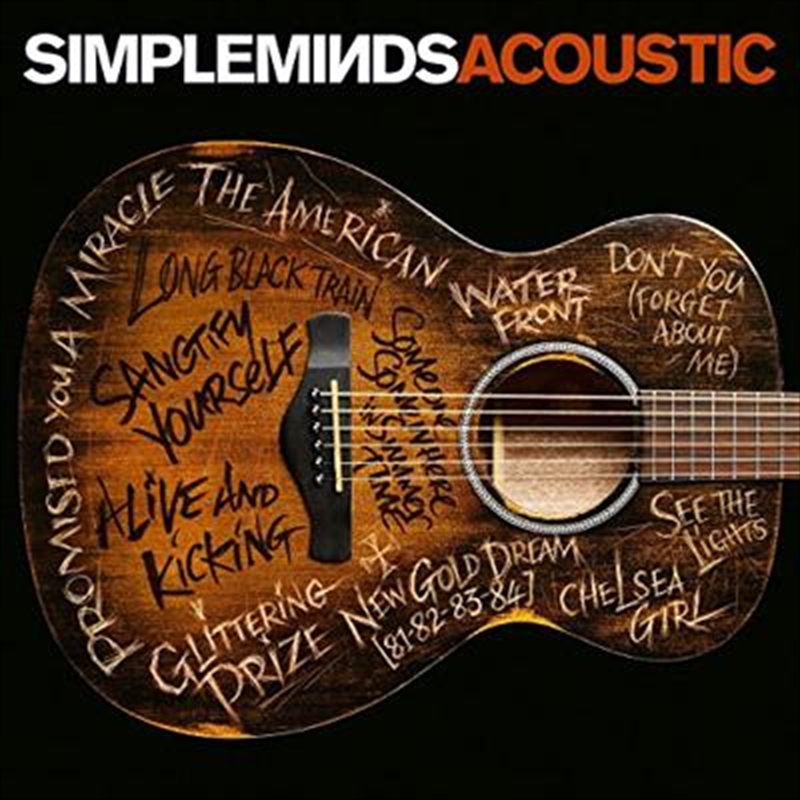 Shipping - See delivery options.
Postcode:
Quantity:
SEE MORE IN:
2 for $40 Music
Following on from the announcement of their Australian and New Zealand tour set for February 2017 alongside the party vibes of The B-52, Simple Minds have announced they will release SIMPLE MINDS ACOUSTIC on November 11th via Caroline Australia.

Australia was the first country in the world to embrace Simple Minds, giving the band its first ever hit single ‘Love Song’ and first Gold album New Gold Dream (81-82-83-84). The love affair has continued ever since through countless chart-toppers like ‘Don’t You (Forget About Me)’, ‘Alive and Kicking’, ‘Promised You A Miracle’, ‘Glittering Prize’ and ‘Waterfront’ spanning eight Top 20 albums and hugely successful concert tours.

6. Someone Somewhere In Summertime