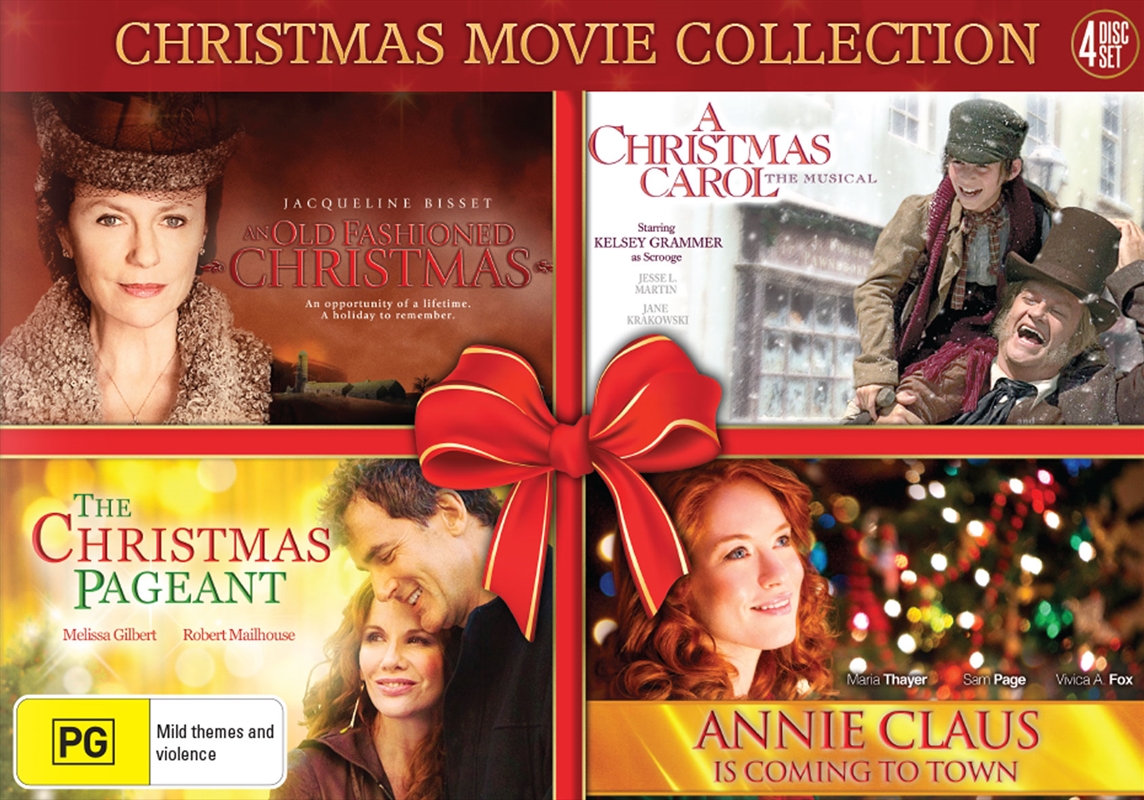 AN OLD FASHIONED CHRISTMASRaised on a New Hampshire farm by her hard-working mother, Mathilda 'Tilly' Bassett had dreams of becoming a writer. Thousands of miles from home, some dreams are beginning to come true.For years, Tilly?s dreams expanded far beyond her New Hampshire horizons. Then comes the opportunity to reach those dreams when her seasoned and wealthy grandmother, Isabella Caldwell, a true force of nature, who has made it her mission to show Tilly the world, uproots her from her humble life. Now, just ten days before Christmas, they?ve arrived in Dublin for a purposeful visit: Isabella is introducing Tilly to Earl of Shannon, Ireland?s poet laureate, Isabella?s old friend, and Tilly?s new mentor?all part of a grand scheme to make Tilly a published author. But with her independent Yankee spirit still showing beneath the finery, and a tongue sharp enough to clip a hedge, Tilly?s making an impression few will forget.A

CHRISTMAS CAROL Golden Globe and Emmy award winner Kelsey Grammer (Frasier) breathes new life into the musical adaptation of this classic Dickens tale as it comes to DVD in Australia for the 1st time.A Christmas Carol is a magical production featuring memorable songs from Oscar nominee & Tony winner Lynn Ahrens (Ragtime, Anastasia) and Alan Menken, the Oscar-winning composer of Beauty and the Beast and Aladdin.

THE CHRISTMAS PAGEANT Emmy® and Golden Globe nominee Melissa Gilbert ('Little House on the Prairie') gets top billing starring as a recently-fired-again, domineering Broadway director whose only job option is getting a community Christmas play up and going.Vera Parks (Gilbert), an overly intense and demanding Broadway director gets fired from yet another job, leaving her no choice but to take a gig directing a small town Christmas pageant in upstate New York. Stunned at how basic the production is, Vera attempts to back out, but is convinced by some of the locals to give their town a chance. To her surprise, the warmth and charm of the small town grows on Vera and she even enjoys the experience of directing the pageant.When Vera discovers her former fiancé Jack (Mailhouse) recommended her for the job, she is outraged. But over time Vera appreciates the gesture, as she grows close to both Jack and his young daughter (Wynn). Will love stay in the wings this time around? Or is this Vera?s eleven o?clock number after all?

ANNIE CLAUS IS COMING TO TOWN Santa?s daughter takes her first trip away from the North Pole during the Christmas season hoping to find adventure and love in sunny California. While Santa watches his daughter through a magic snow globe, Annie arrives in L.A. and becomes friends with the owner of Candy Cane Inn, Lucy, and her daughter, Mia.She also quickly lands a job at Wonderland Toys. Wonderland Toys? owner, Ted is struggling to stay in business selling old-fashioned toys in a digital world. Annie soon realizes that she wants Ted?s business to thrive because she has feelings for this Christmas traditionalist.