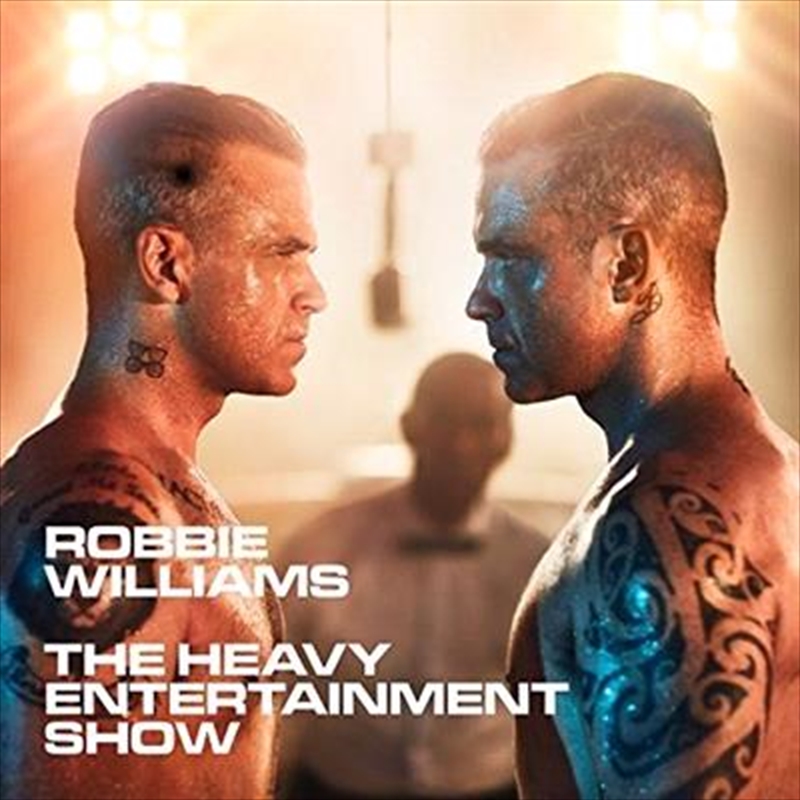 Shipping - See delivery options.
Postcode:
Quantity:
SEE MORE IN:
Robbie Williams 2 for $25 Music
Robbie Williams is set to release his studio album “Heavy Entertainment Show” on November 4. The album is Robbie’s first to be released through Sony Music and follows a string of 11 UK chart-topping albums, a tally only matched by Elvis Presley. Robbie’s last solo #1 album, “Swings Both Ways”, was also the 1000th album to reach the top of the UK charts. The album features songs co-written with Guy Chambers, John Grant, Rufus Wainwright, Brandon Flowers/The Killers, Ed Sheeran and Stuart Price – and, from above, Serge Gainsbourg and Sergei Prokofiev. Title track ‘Heavy Entertainment Show’ and first single ‘Party Like a Russian’ are available now. The video for ‘Party Like a Russian’ sees Robbie in a huge mansion playing the role of a larger than life Russian oligarch - surrounded by a troupe of female dancers – tongue very firmly in cheek, of course. The track’s lyrics are a light-hearted homage to the idea of the Russian party lifestyle. ‘Party Like a Russian’ has been added ATB at HIT network. Following a surprise TV ad announcing the new album, Robbie played a storming set at London’s Roundhouse as part of the Apple Music Festival. The show, which received rave reviews across the board, included fan favourites as well as two new tracks from the album.