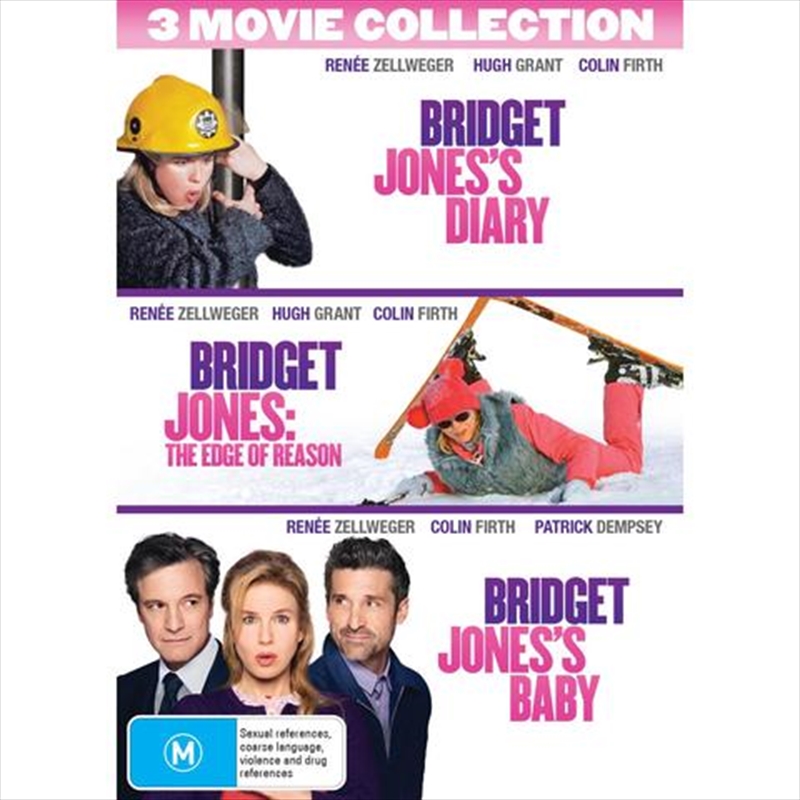 Bridget Jones's Diary
Academy Award winner Renee Zellweger and Hugh Grant star in a delightful comedy about the ups and downs of modern romance. Bridget (Zellweger), a busy career woman, decides to turn over a new page in her life by channeling her thoughts, opinions and insecurities into a journal that becomes a hilarious chronicle of her adventures. Soon she becomes the center of attention between a guy who's too good to be true (Grant) and another who's so wrong for her, he could be just right (Colin Firth)! Based on the best-selling book, Bridget Jones's Diary is another acclaimed crowd-pleaser from the hitmaker of Four Weddings and a Funeral and Notting Hill.

Bridget Jones: The Edge Of Reason
Renee Zellweger is back as everyone's favorite witty heroine in Bridget Jones: The Edge of Reason. Not that Bridget's counting, but it's been six wonderful weeks, four fabulous days, and seven precious hours with one flawless boyfriend, Mark Darcy (Colin Firth). But when mischievous and devilishly charming Daniel Cleaver (Hugh Grant) arrives on the scene claiming to be a reformed man, can Bridget find a way to make true love last forever? It's the "absolutely hilarious" (Jim Ferguson, ABC-TV) romantic comedy that proves there's nothing like love to send you over the edge.

Bridget Jones's Baby
Oscar winners Renée Zellweger and Colin Firth are joined by Patrick Dempsey for the next chapter of the world’s favorite singleton in Bridget Jones’s Baby. Directed by Sharon Maguire, the new film in the beloved comedy series based on creator Helen Fielding’s heroine finds Bridget unexpectedly expecting. After breaking up with Mark Darcy, Bridget Jones’s “happily ever after” hasn’t quite gone according to plan. Fortysomething and single again, she decides to focus on her job as top news producer and surround herself with old friends and new. For once, Bridget has everything completely under control. What could possibly go wrong? Then her love life takes a turn and Bridget meets a dashing American named Jack, the suitor who is everything Mr. Darcy is not. In an unlikely twist she finds herself pregnant, but with one hitch…she can only be fifty percent sure of the identity of her baby’s father.