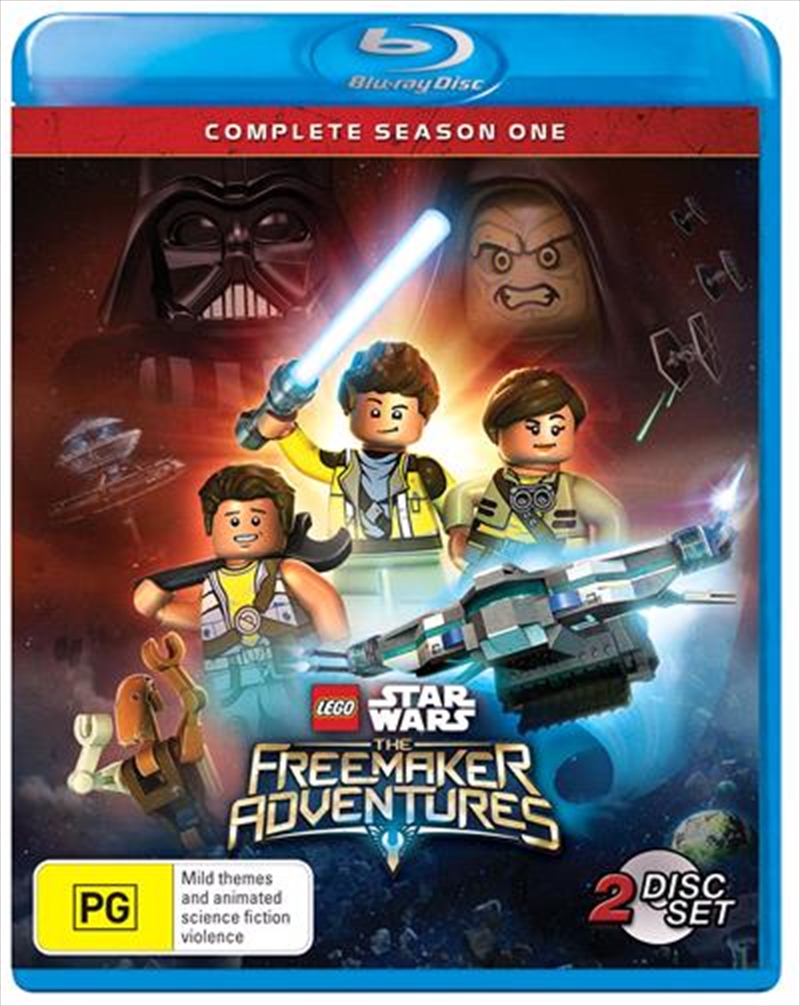 Shipping - See delivery options.
Postcode:
Quantity:
SEE MORE IN:
3 for $30 Movies & More Lego Star Wars TV Shows Everything Star Wars
DESCRIPTION
The series, set between The Empire Strikes Back and Return of the Jedi, stars three Freemaker siblings who scour the galaxy for useful debris that they use to build new vehicles of their own design. Rowan, the spunky Force-sensitive 12-year-old with a thirst for adventure, is voiced by newcomer Nicolas Cantu. His quick-witted older sister, Kordi, voiced by Vanessa Lengies (Glee), manages the family business and is the glue that holds the family together. Ace pilot and charming rogue Zander, voiced by Eugene Byrd (Arrow), is the oldest brother and the familys self-proclaimed starship connoisseur. Lucasfilms Matthew Wood voices R0-GR, also known as Roger, a refurbished battle droid from the Clone Wars adopted by the Freemaker family. When Rowan discovers a natural connection with the Force through an ancient artifact the Kyber Saber he and his family are thrown into an epic struggle against the Empire to restore peace and freedom to the galaxy. Together, they explore new worlds, meet new characters and Star Wars icons, and have an unforgettable adventure.
DETAILS