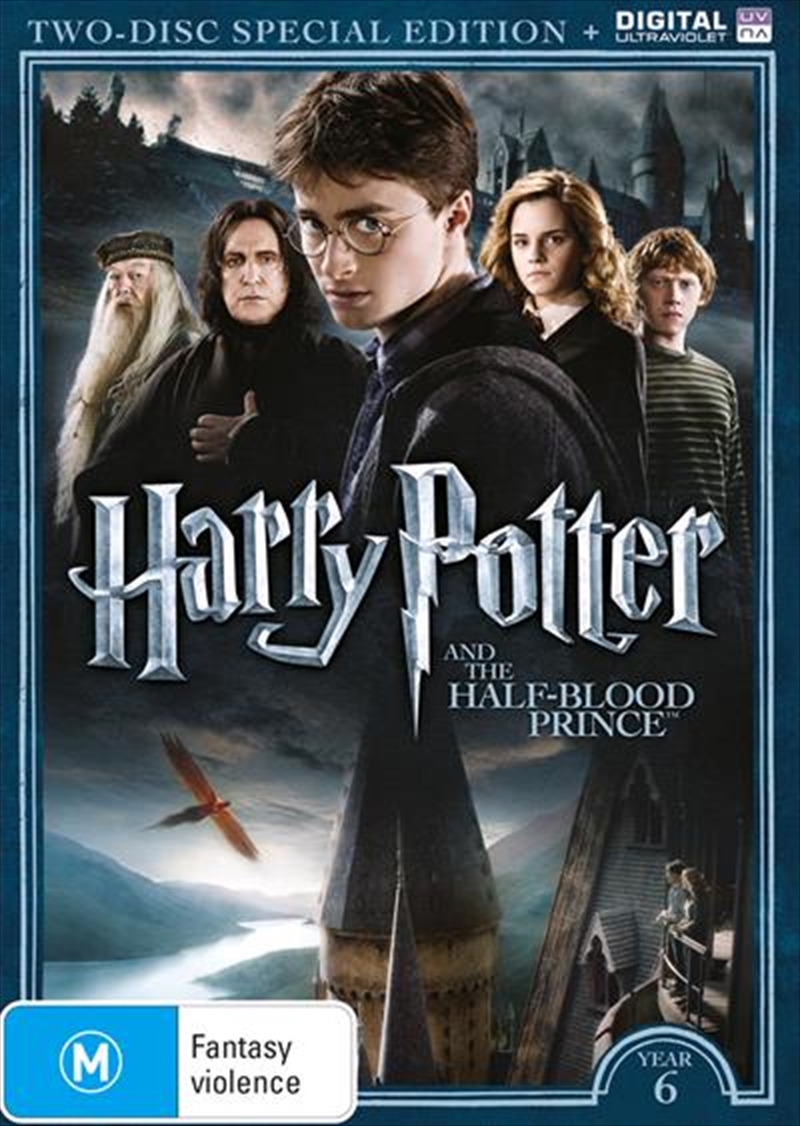 Harry Potter returns to Hogwarts for his sixth year--to face a growing danger that may be more than a match for his strengthening powers as a wizard...While Death Eaters emboldened by the return of Lord Voldemort wreak havoc in both the Muggle and Wizarding worlds, Harry suspects new dangers lie within Hogwarts. Dumbledore, racing to prepare Harry for a final battle that he knows is fast approaching, brings him on a perilous mission to find the key to unlock Voldemort's defenses. Meanwhile, the students are under attack from a different adversary as teenage hormones rage: Harry's friendship with Ginny Weasley grows into something deeper; Lavender Brown lavishes her affections on Ron; Hermione simmers with jealousy...and a box of love potion-laced chocolates ends up in the wrong hands.