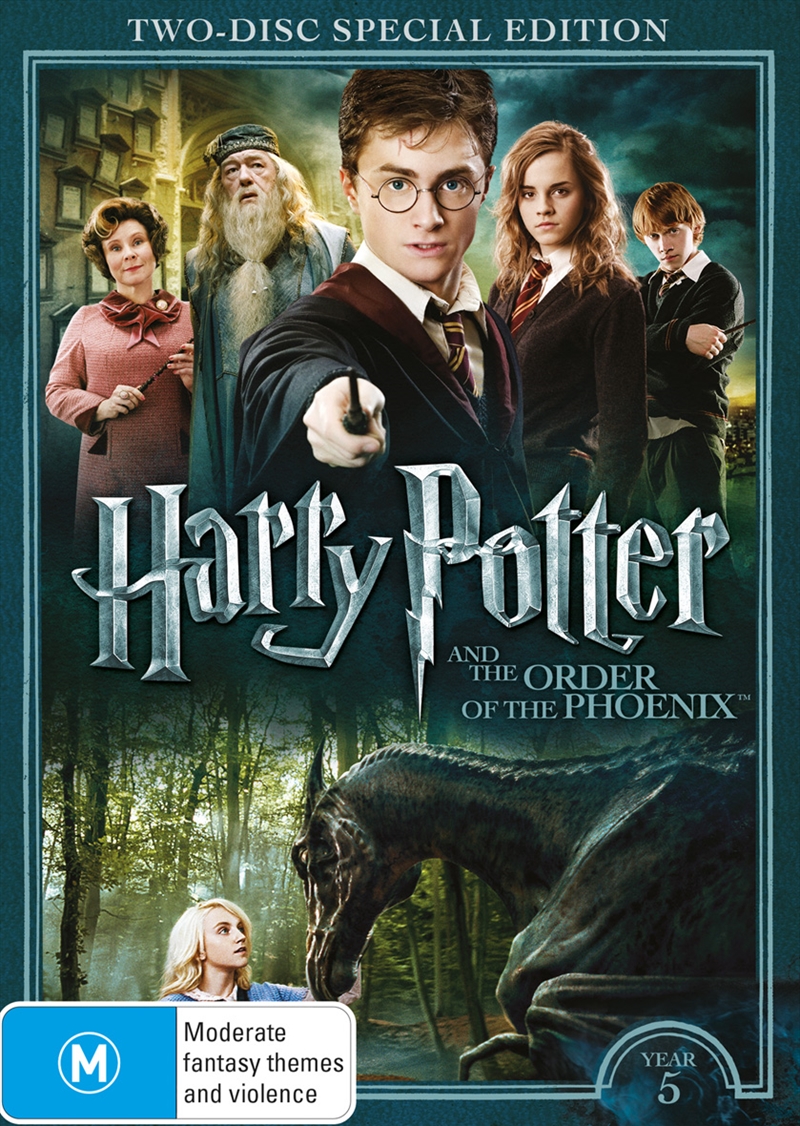 Lord Voldemort has returned, but few want to believe it. In fact, the Ministry of Magic is doing everything it can to keep the wizarding world from knowing the truth - including appointing Ministry official Dolores Umbridge as the new Defense Against the Dark Arts teacher at Hogwarts.

When Professor Umbridge refuses to train her students in practical defensive magic, a select group of students decides to learn on their own. With Harry Potter as their leader, these students (who call themselves Dumbledore's Army) meet secretly in a hidden room at Hogwarts to hone their wizarding skills in preparation for battle with the Dark Lord and his Death Eaters. . New adventure - more dangerous , more thrilling than ever - is yours in this enthralling film version of the fifth novel in J.K. Rowling's Harry Potter series. A terrifying showdown between good and evil awaits. Prepare for battle!

Title: Harry Potter And The Order Of The Phoenix - Limited Edition Year 5