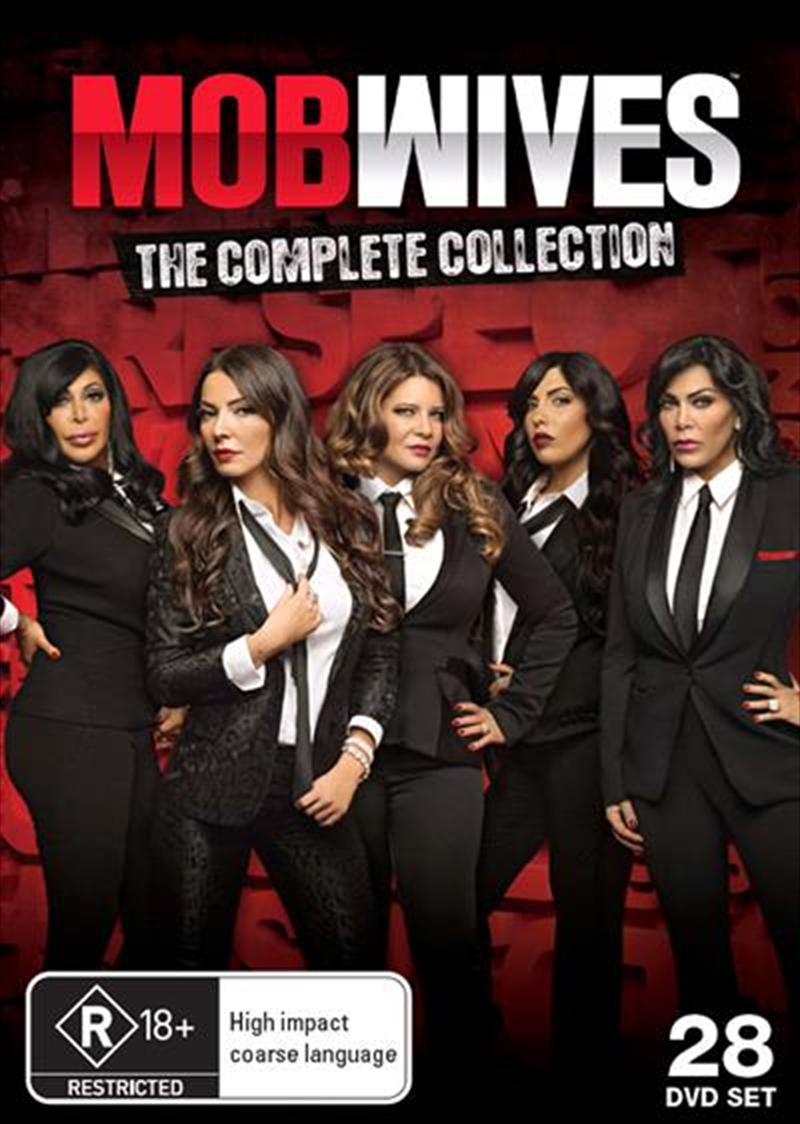 Mob Wives is a docu-soap series that follows the lives of a group of women having to carry on while their husbands or fathers are in prison for alleged Mob-related activities. They are struggling with their identities, their own families and their futures as they try to do whats best for themselves and their children. As they now attempt to pursue their own ambitions, the women find comfort among those who understand their stories most, each other.This complete collection includes all six seasons of Mob Wives plus Mob Wives: Chicago & Big Ang Season 1.