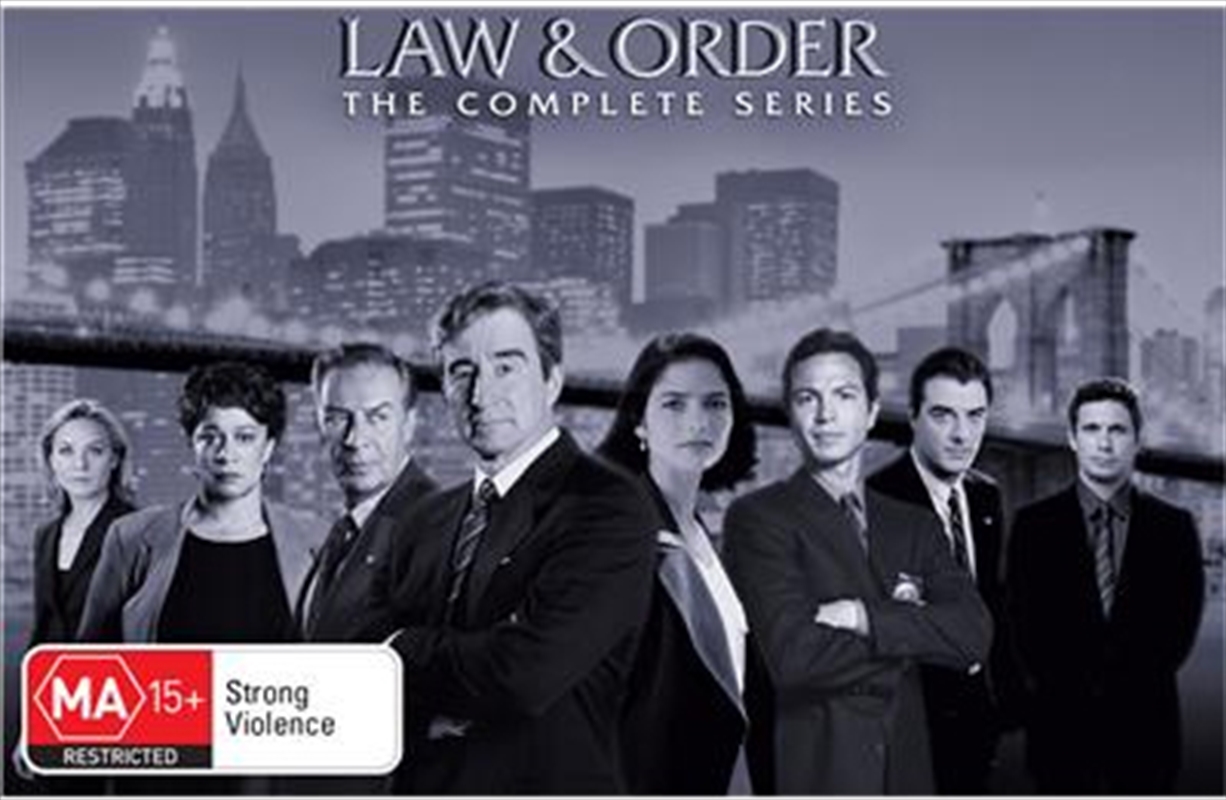 In the criminal justice system, the people are represented by two separate, yet equally important groups: the police, who investigate crime and the district attorneys, who prosecute the offenders. The

Like the legal process itself, the Emmy Award-winning Law & Order unfolds in two dramatic segments. In the first half-hour, police detectives bring in the lawbreakers. In the second half, the focus shifts to the criminal courts where a crack team of district attorneys insure that justice is served. A highly regarded television institution, Law & Order has set the standard for procedural drama, offering consistently compelling stories of crime and passion to a very large and loyal audience.Includes all 20 seasons!