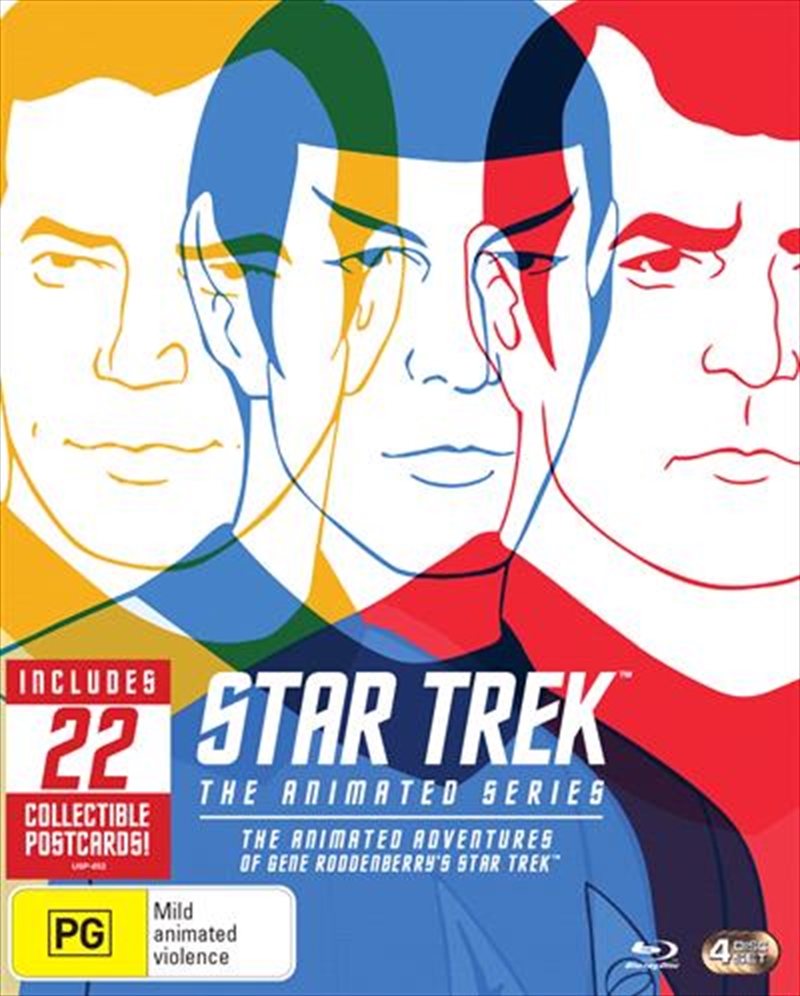 DESCRIPTION
The long wait is over! For the first time on DVD, creator Gene Roddenberry's animated version of Star Trek features the voices of nearly the entire cast of the original live-action series, including William Shatner, Leonard Nimoy, DeForest Kelley, George Takei, James Doohan, Nichelle Nichols and Majel Barrett, as they embark on the further adventures of the U.S.S. Enterprise.Comprised of 22 episodes, the four-disc set includes the Peabody award-winning episode "How Sharper Than a Serpent's Tooth," Walter Koenig's "The Infinite Vulcan," which was the first episode ever written by a Star Trek cast member, as well as a number of episodes that serve as sequels to original Star Trek episodes. Many episodes were written by veterans of the original live-action TV series, such as D.C. Fontana and David Gerrold. This will be a 'must-have' collection for any true Star Trek fan.
DETAILS