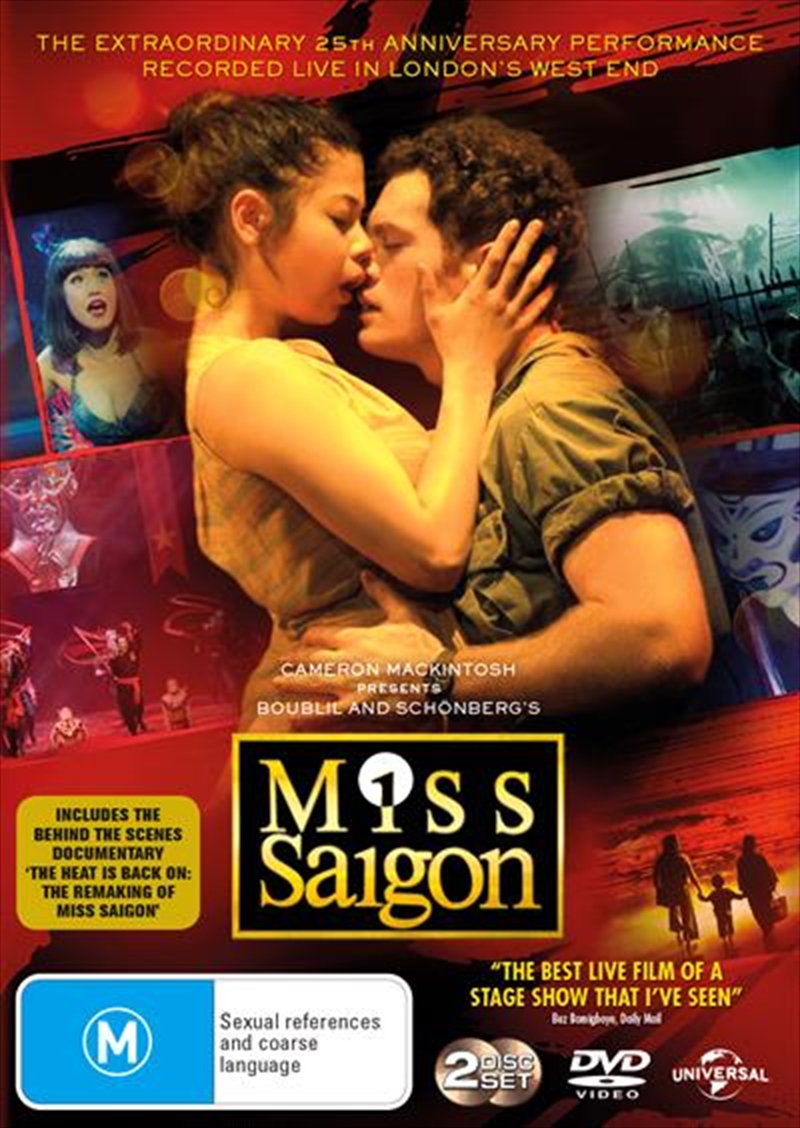 The legendary Miss Saigon, in cinemas for one night only. This spectacular, sell-out 25th Anniversary Gala Performance of the global stage sensation also features appearances by the original cast including Jonathan Pryce and Lea Salonga. This acclaimed new production was described as the most thrilling, soaring and emotionally stirring musical with magnificent performances by the Daily Telegraph and the greatest musical of all time by the Daily Mail. The epic love story tells the tragic tale of young bar girl Kim, orphaned by war, who falls in love with American GI Chris but their lives are torn apart by the fall of Saigon.