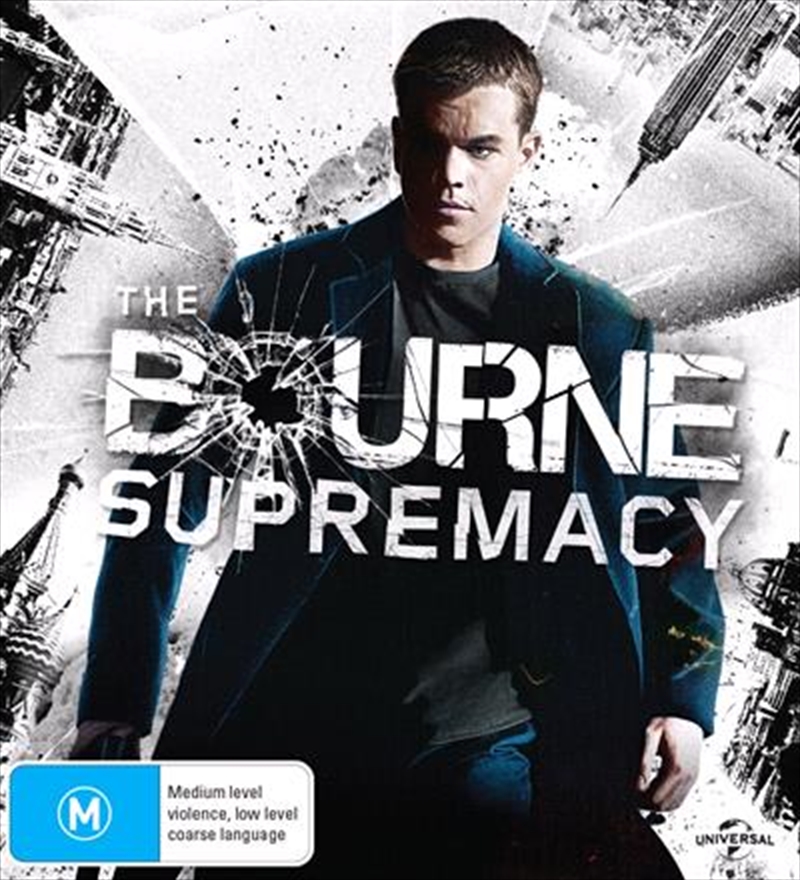 Shipping - See delivery options.
Postcode:
Quantity:
SEE MORE IN:
Jason Bourne 4K UHD 2 for $40 Movies All 2 for $40
DESCRIPTION
They should have left him alone.

Academy Award® Winner Matt Damon is on the run again as Jason Bourne, the former CIA trained perfect assassin, in this smart and suspenseful action-thriller. Everything about this movie is great ... Filmink Suffering from amnesia, Bourne has left his violent past behind and is living a normal life with girlfriend Marie. But his plans for a peaceful life are crushed when he narrowly escapes an assassination attempt. Now hunted by an unknown enemy, Bourne proves to be neither an easy target nor a person whose skill, determination and resilience can be underestimated. Gritty and edgy, with knockout car chases, Bourne Supremacy is one of the most intelligent and breathless action-packed thrillers of the decade.
TRAILER
DETAILS