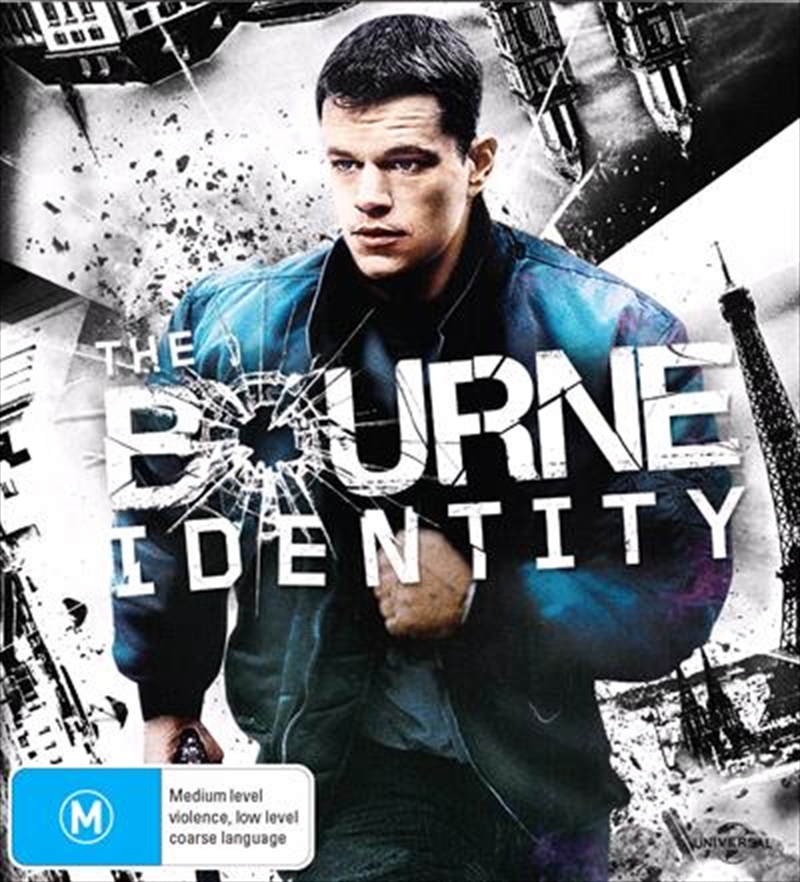 Shipping - See delivery options.
Postcode:
Quantity:
SEE MORE IN:
Jason Bourne 4K UHD 2 for $40 Movies All 2 for $40
DESCRIPTION
He was the perfect weapon until he became the target.

Based very loosely on Robert Ludlum's novel, the Bourne Identity is the story of a man whose wounded body is discovered by fisherman who nurse him back to health. He can remember nothing and begins to try to rebuild his memory based on clues such as the Swiss bank account, the number of which, is implanted in his hip. He soon realizes that he is being hunted and takes off with Marie on a search to find out who he is and why he is being hunted.
TRAILER
DETAILS