Blaze & The Monster Machines: Rev Up And Roar 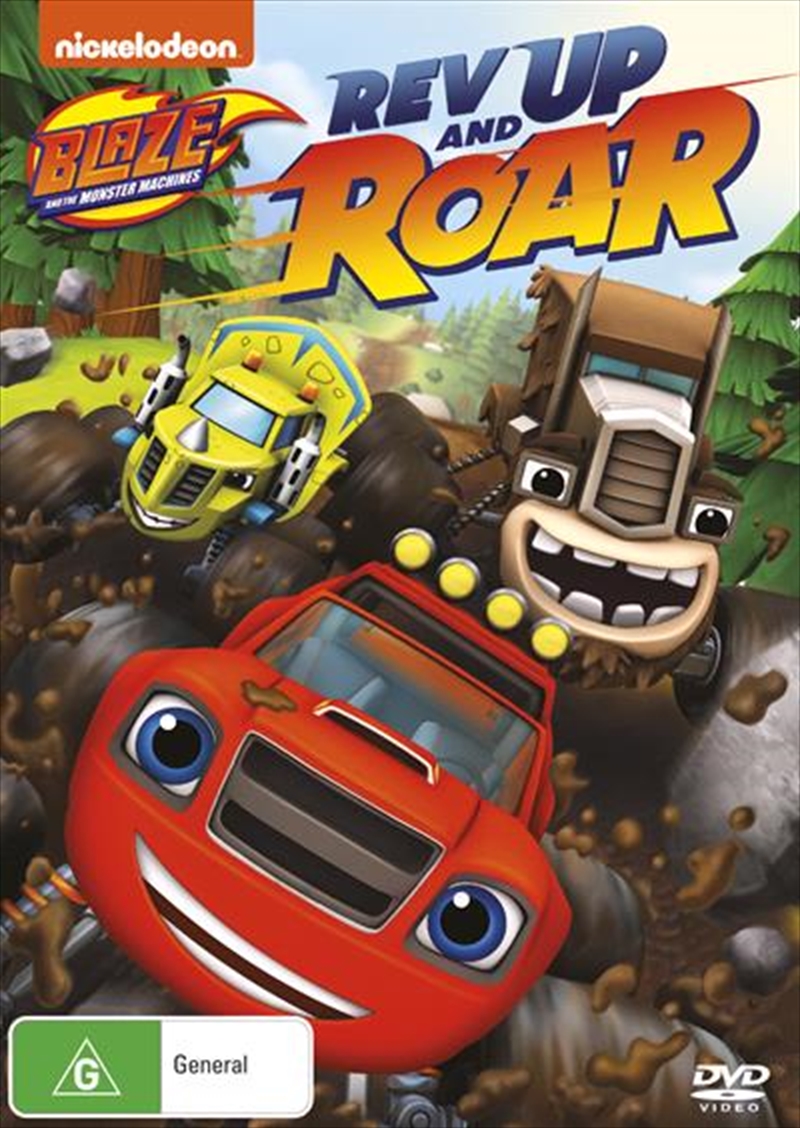 Shipping - See delivery options.
Postcode:
Quantity:
SEE MORE IN:
3 for $30 Movies & More Blaze And The Monster Machines Nickelodeon
Zeg and the Egg - Zeg is out smashing things with Blaze and AJ when he finds a tiny dinosaur egg. The three friends must embark on an epic journey across a prehistoric landscape to return the truckodactyl egg to its mother.
Dino Dash - Blaze and AJ are playing with their friend Zeg when he accidentally gets blasted by a geyser into a faraway mud pit. It's up to Blaze and AJ to save Zeg using an engineering design inspired by their new dinosaur truck friends to rescue him before he sinks into the mud.
Gasquatch - When Blaze and AJ head off into the woods to find a missing ball, they discover and befriend a misunderstood monster truck named Gasquatch. Gasquatch and his new friends travel back to Axle City where he earns the love and respect of all the trucks in town by sneezing away a storm cloud.
Dragon Island Duel - It's the day of the Dragon Island Duel, a one-on-one race between Blaze and Crusher across tropical Dragon Island. Crusher cheats and sends Blaze away before the race, leaving AJ to rescue his best friend and bring him back to the starting line.

Title: Blaze & The Monster Machines: Rev Up And Roar