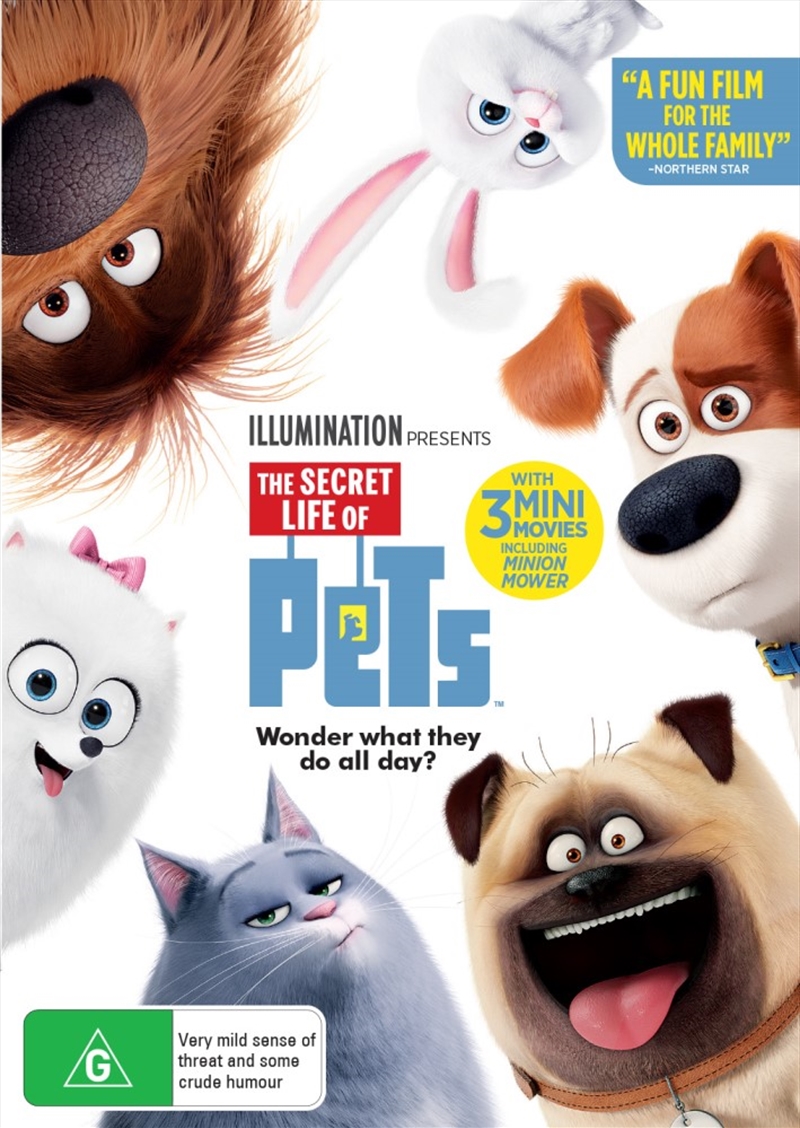 Shipping - See delivery options.
Postcode:
Quantity:
SEE MORE IN:
3 for $30 Movies & More Secret Life of Pets Cant Seem To Stream
DESCRIPTION
Ever wonder what your pets do when you're not home?

Louis C.K., Eric Stonestreet, and Kevin Hart lend their voice talents to this action/adventure comedy taking a hilarious look into the lives of Pets. Set in a Manhattan apartment building, pets gather to start their day as the two-legged residents head for work and school. The head hound is a quick-witted terrier rescue, whose position at the epicenter of his master's universe is suddenly threatened when she comes home with Duke, a sloppy mongrel with no polish. The two soon find themselves on the mean streets of New York, where they meet the adorable white bunny Snowball. It turns out that Snowball is the leader of an army of pets that were abandoned and are determined to get back at humanity and every owner-loving pet. The dogs must thwart this plot and make it back in time for dinner.
TRAILER
DETAILS