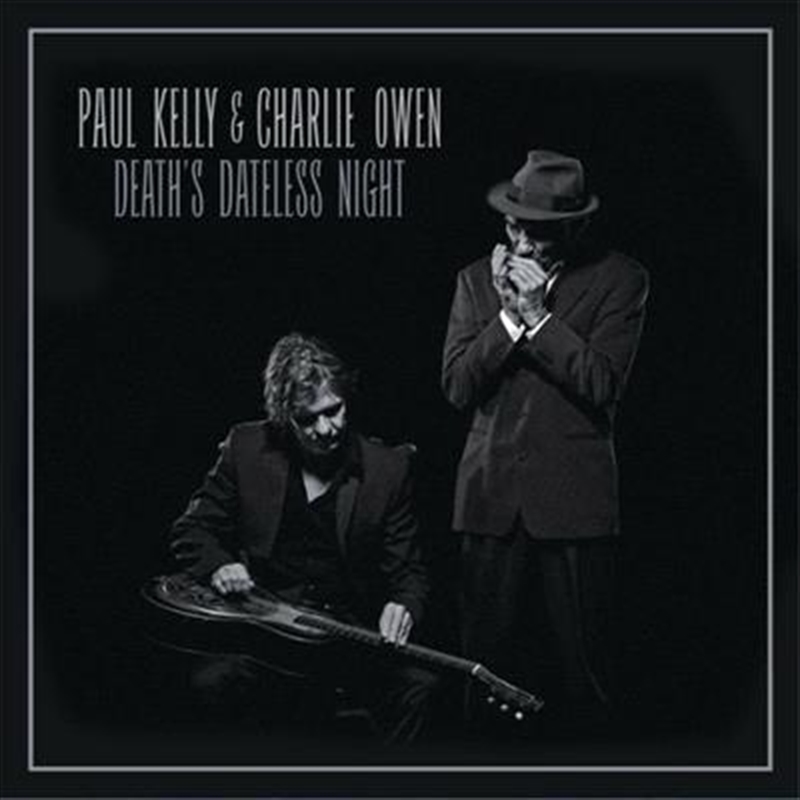 SEE MORE IN:
Vinyl Paul Kelly
DESCRIPTION
“Now can I drown an eye unused to flow, For precious friends hid in death’s dateless night”. Charlie and I had talked over the years about making a record together but had never got around to it. Driving to a friend’s funeral last year and discussing the songs we’d played at other such occasions, separately and together, finally gave us our frame. Songs mostly written by others – Cole Porter, Townes Van Zandt, Leonard Cohen, Hank Williams, Lennon/McCartney - and some traditional. We enlisted J Walker with whom I’d worked with previously on Spring and Fall to engineer and co-produce the recording, taking over Charlie’s house at Arthurs Seat for a week at the end of February. We kept the sound live and sparse, just the two of us, except for the occasional vocal by family members - my sister Mary Jo and my daughters Maddy and Memphis. I stuck to singing and playing acoustic guitar. Charlie was the swing man, playing dobro, lap steel, electric guitar, synthesizer and piano. I managed to talk him into singing some harmonies too. It’s interesting to look at the kinds of songs people request at funerals. They’re not always sad, of course. They tend towards the philosophical, wide and deep in scope. - Paul Kelly, Aug 24, 2016
DETAILS

To Live Is To Fly

Pallet On Your Floor

Meet Me In The Middle Of The Air

Don't Fence Me In

Bird On The Wire