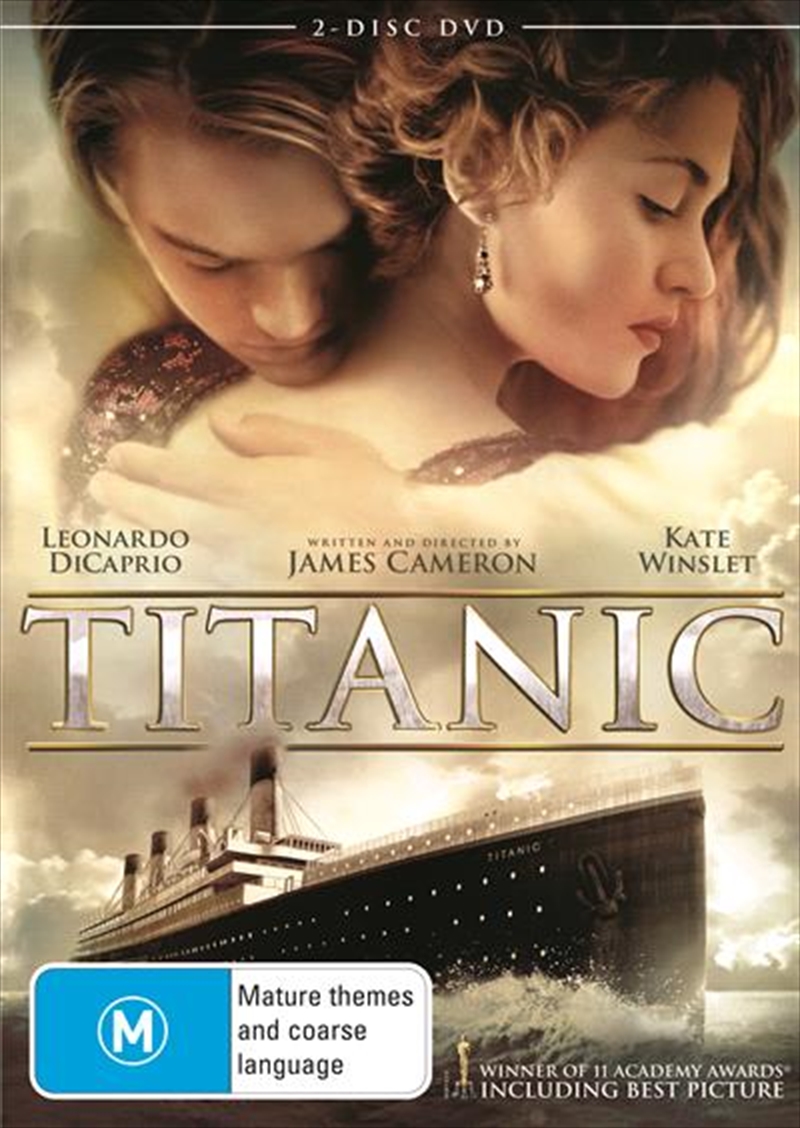 Nothing on earth can rival the epic spectacle and breathtaking grandeur of Titanic. Winner of eleven Academy Awards including Best Picture, this sweeping love story sailed into the hearts of moviegoers around the globe, ultimately emerging as the most popular motion picture of all time. International superstar Leonardo DiCaprio and Oscar-nominee Kate Winslet light up the screen as Jack and Rose, the young lovers separated by social class yet destined to find each other on the maiden voyage of the "unsinkable" R.M.S. Titanic. But when the doomed luxury liner collides with an iceberg in the frigid North Atlantic, their passionate love affair becomes a thrilling race for survival! From acclaimed filmmaker and multiple Oscar-winner James Cameron comes a tale of forbidden love and courage in the face of disaster that triumphs as a true cinematic masterpiece.