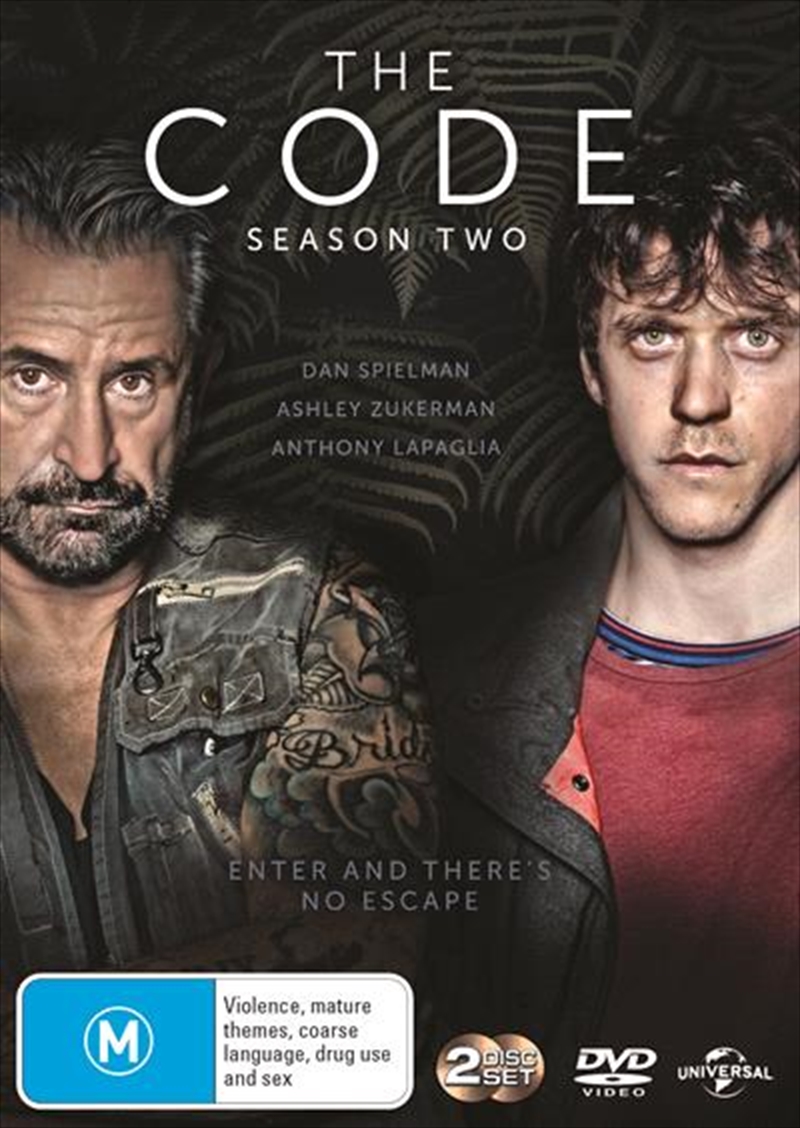 Shipping - See delivery options.
Postcode:
Quantity:
SEE MORE IN:
Aussie TV Movies & TV Clearance TV Clearance Sale Movies & TV Under $10
DESCRIPTION
&lt;H3&gt; Code Season 2 DVD - On Sale Now With Fast Shipping&lt;H3&gt;
Hoping to escape the storm they unleashed at the end of season one, bruised but essentially scot-free - Jesse (Ashley Zukerman) and Ned (Dan Spielman) are confronted with the terrifying possibility of being extradited to the US to face serious charges in an American court.Fortunately for the Banks brothers, Australian National Security is sitting on an explosive case they cannot crack, and Jesse Banks might just be the man to do it. Brilliant, mercurial Jan Roth (Anthony LaPaglia) hosts a hidden online bazaar of illicit weapons, drugs and dangerous ideas. Exchanging his hacker skills for their freedom, Jesse and Ned are drawn into Roths dark world that could not only cost their own lives but all that they hold dear. Exploring the value of freedom of speech and the delicate balance between personal liberty and national security in the digital age, THE CODE Season Two unveils the rapidly spreading and very real threat of cybercrime, and its capacity to bring an entire country to its knees.
DETAILS