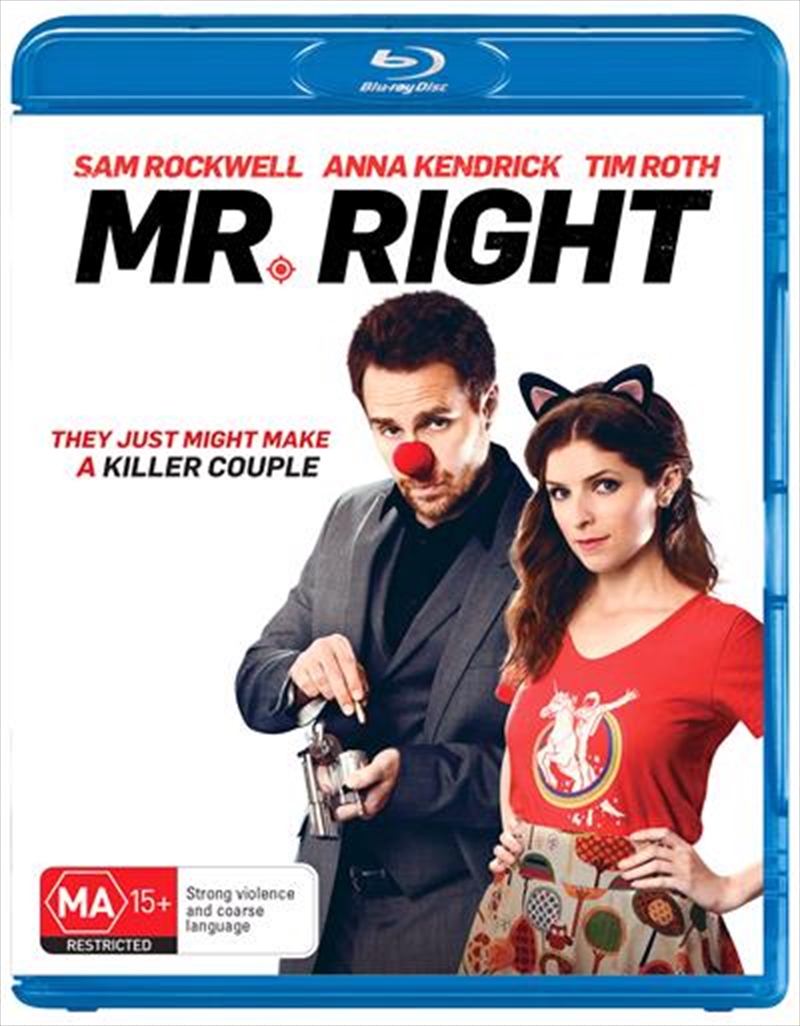 SEE MORE IN:
3 For $30 Movies & More Mr Right
DESCRIPTION
They just might make a killer couple.

When unlucky-in-love Martha (Anna Kendrick) meets Francis (Sam Rockwell) he seems different from other guys. Really different. And if you dont count that hes a hitman on the run from crime cartels, he may just turn out to be MR. RIGHT.Hot on his heels are rival, Tim Roth; wannabe Crime-boss brothers, Anson Mount and James Ransone; with rapper RZA rounding out the criminal element as a hitman with a love of gummy bears. Kendrick slays with more than just snappy one-liners while Rockwell dances (and kills) his way into her heart. If they can navigate the awkwardness of getting to know each other oh, and survive being hunted down, tied up, beaten and shot at, it could turn out to be love at first-highly-powered-assault-weapon-sight and they just might make a killer couple.
TRAILER
DETAILS