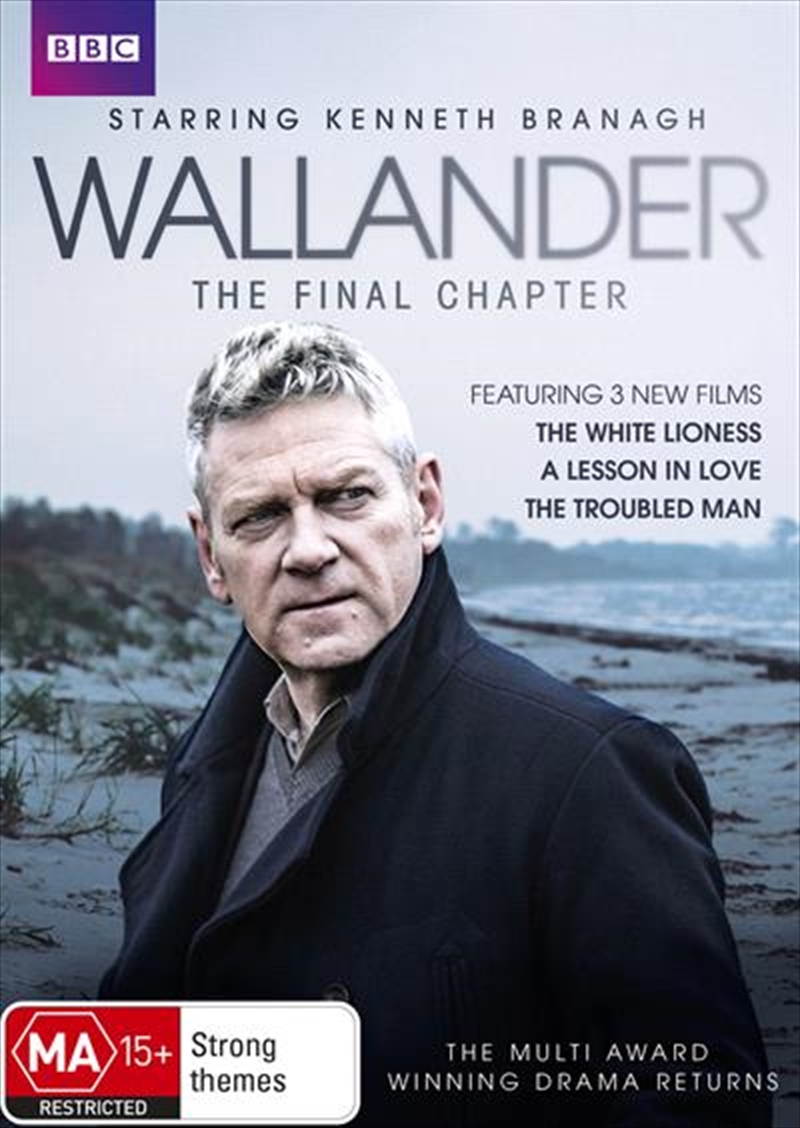 Shipping - See delivery options.
Postcode:
Quantity:
SEE MORE IN:
$5 Movies & More
&lt;H3&gt; Wallander Series 4 DVD - On Sale Now With Fast Shipping&lt;H3&gt;
Based on the novels by Henning Mankell, these stories follow Kurt Wallander, a flawed but brilliant detective - a man who takes each murder case he works on personally and will stop at nothing in his search for the truth. In THE WHITE LIONESS Wallander is drawn into the case of a missing Swedish national while attending a police conference in South Africa. It is the start of a physical and emotional journey that leads him from the aching beauty and open spaces of rural Africa to the intense poverty and deprivation of its urban townships. The second film A LESSON IN LOVE sees Wallander back in Sweden where a middle-aged woman is discovered half buried in the forest swamps. When it transpires the victim's daughter has also gone missing, Wallander must catch the culprit before he has another dead body on his conscience. But as tensions escalate, Wallander begins to sense he is being followed, but by demons that he cannot yet identify.And in THE TROUBLED AN Wallander is in a race against time as he embarks on his final case - the disappearance of his daughter's father-in-law. Becoming entangled in cold war politics and fractured familial relationships, Wallander must prevail against the odds if he is to safeguard his daughter's future before it's too late. From the warmth of South Africa's capelands to the stark, cold beauty of a Scandinavian autumn, these three dramas are cleverly woven into the beautiful locations at their heart. Elegantly filmed and brilliantly acted, this is the intriguing and emotional end to an award-winning series.