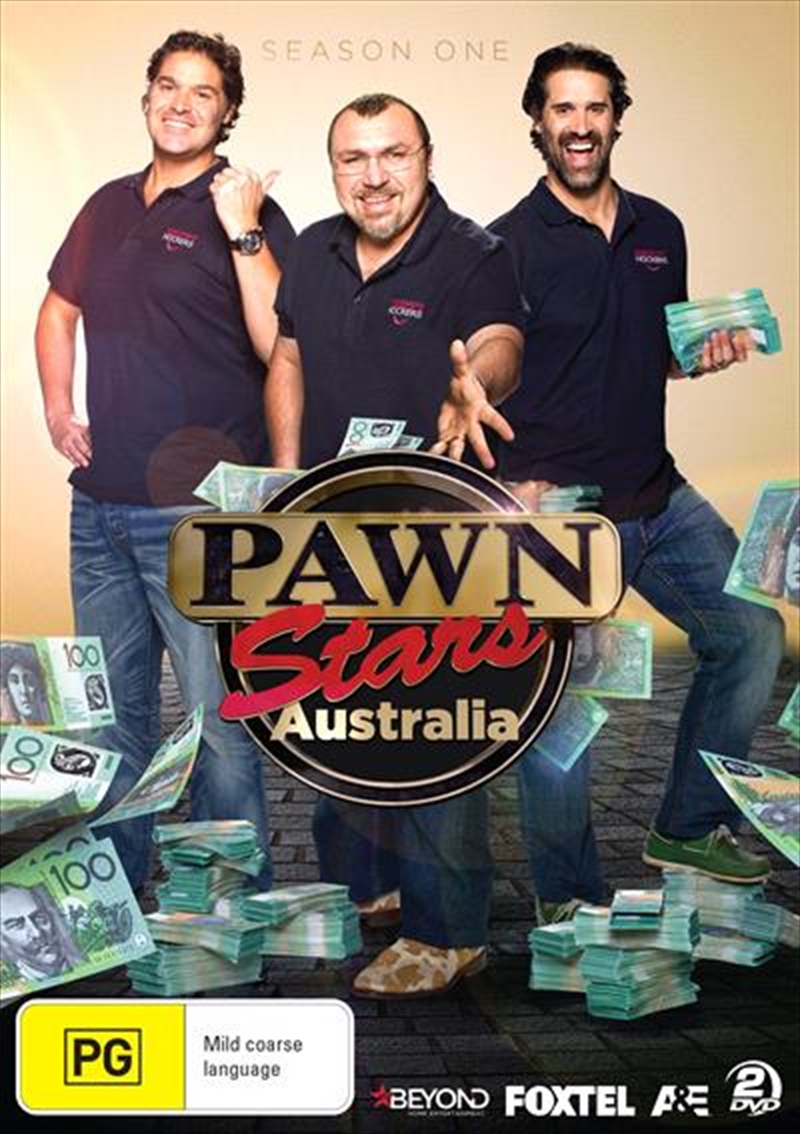 Shipping - See delivery options.
Postcode:
Quantity:
SEE MORE IN:
$5 MOVIES TV AND SPORT
Join brothers Aaron and Ben, and their mate Shanon as we take viewers head-first into one of Sydney's most renowned pawn retailer chains Happy Hockers on PAWN STARS AUSTRALIA. If it can be bought or sold the Happy Hockers have seen it and probably made an offer.From a treasured tile from the roof of the Sydney Opera House, to a prosthetic leg, and even a Laughing Clown amusement park game from Luna Park, you never know what will be brought through the doors and wind up on an episode of Pawn Stars Australia. With four shops, and 22 years behind the counter, they're always ready to buy, sell or pawn anything. If there's money to be made, there's always a deal to be done!