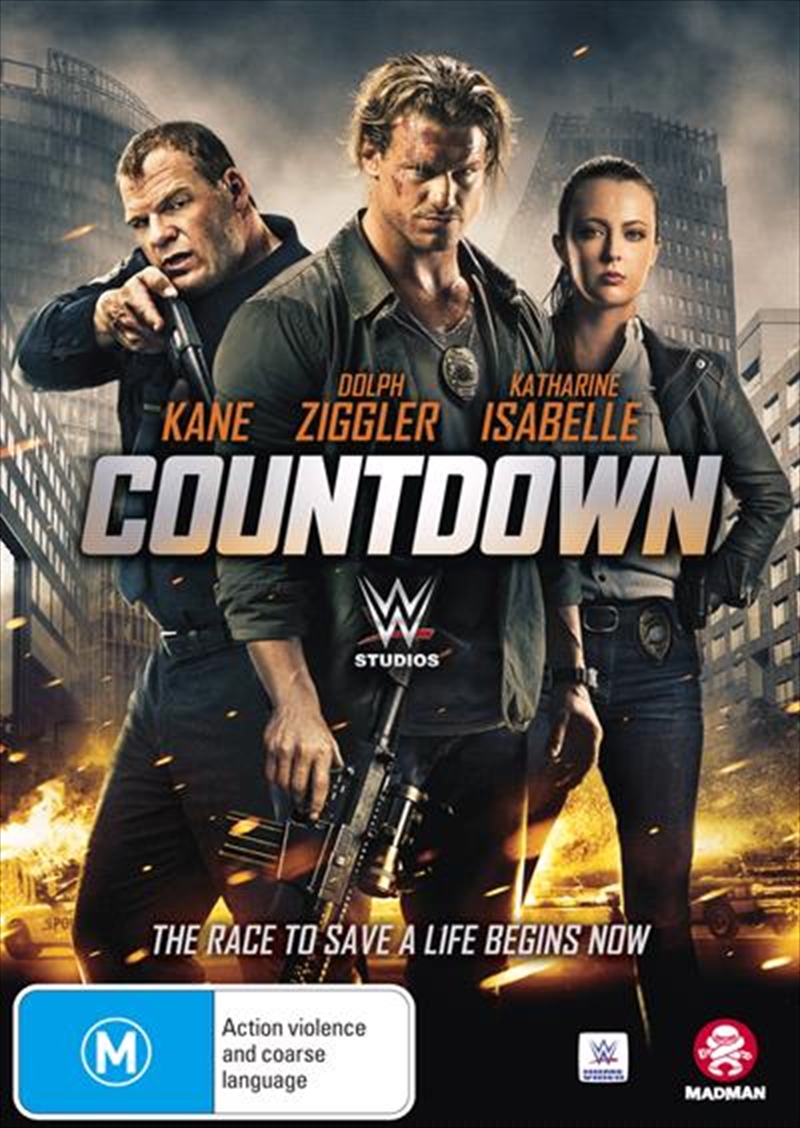 When a madman kidnaps a young boy and rigs him with explosives, Ray (Dolph Ziggler), haunted by the loss of his young son, defies his captain (Kane) and takes matters into his own hands. Now he must beat the clock to stop a psychopath and save an innocent child. Featuring cameos by WWE Superstars Rusev and WWE Diva Lana, COUNTDOWN is also the first WWE Studios film to shoot and include live event footage.
DETAILS