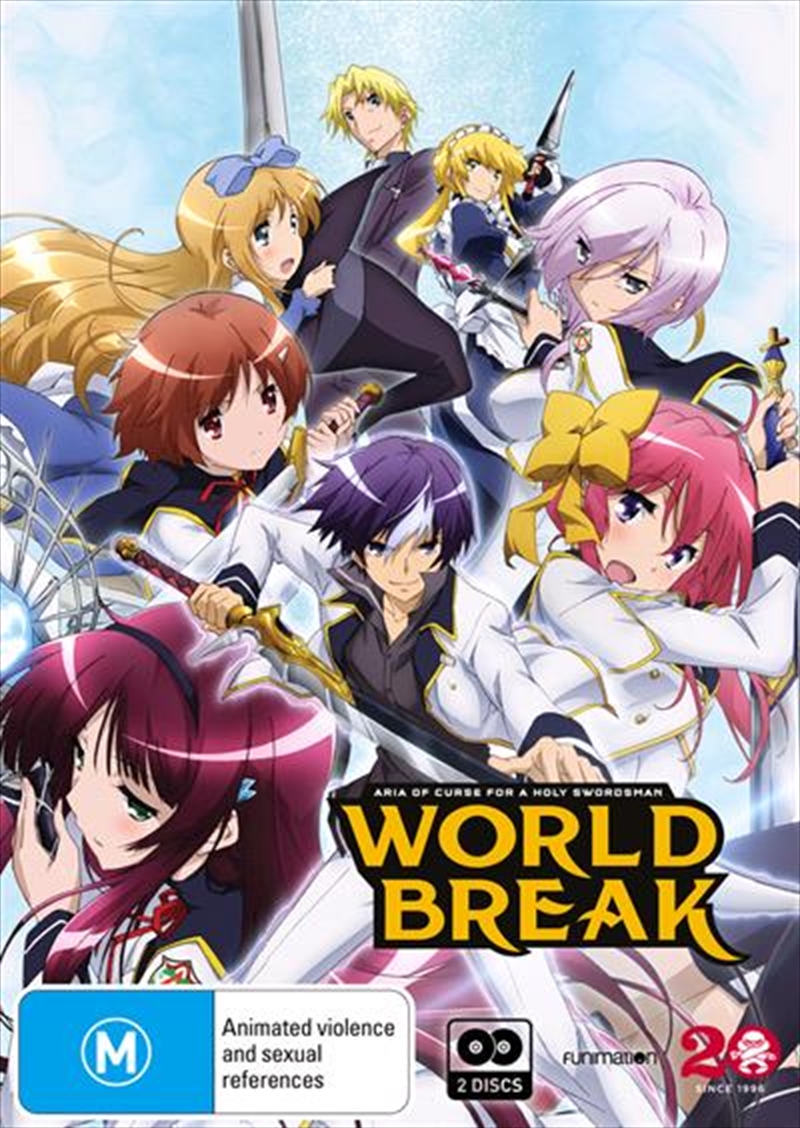 Shipping - See delivery options.
Postcode:
Quantity:
Use the past to save the future!

Moroha Haimura of World Break isnt your typical teenager. In fact, hes quite unique compared to his fellow classmates at the high-profile Akane Academy. Along with other gifted students, he trains as a Savior where he will learn to harness his special inherited mystical powers from a former life. However, unlike his peers, Moroha not only has one past life, but two! This means he can command both the Dark Arts of spell magic and the Light Arts of the body itself. Because of his rare talents, he quickly climbs the ranks to join the Strikers, an elite group of Saviors at the academy. With the other Strikers at his side, Moroha must protect the fate of the world against giant, evil beastsall while juggling the hearts of the jiggly girls constantly vying for his affection. With each battle, Moroha learns more and more about his two heroic past lives and the powers hidden within.