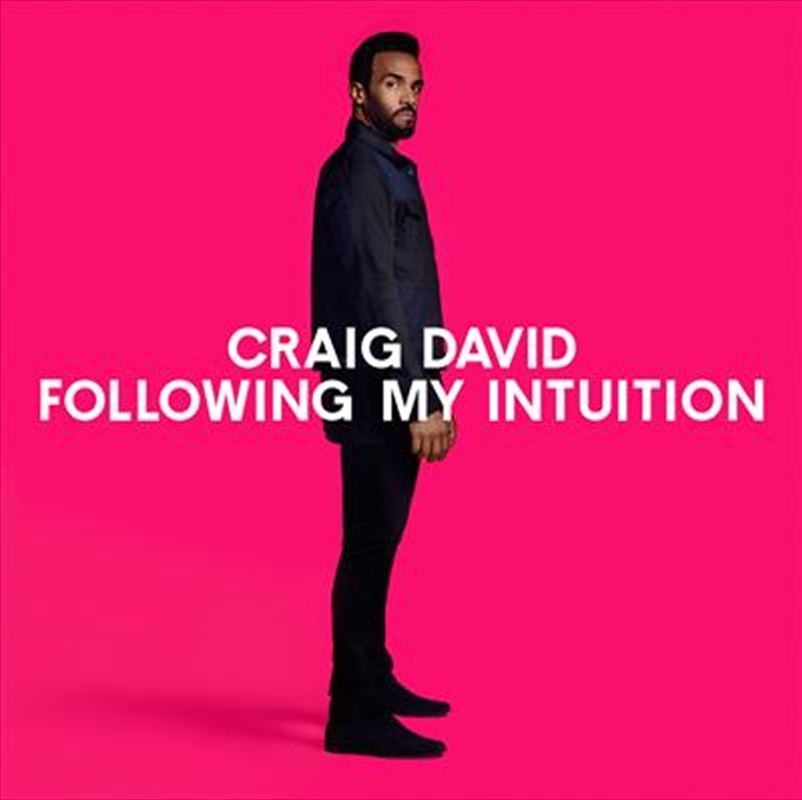 Shipping - See delivery options.
Postcode:
Quantity:
SEE MORE IN:
2 for $25 Music
It has been the most talked about and relevant return to music by an artist in decades! Having sold over 15 million albums, achieving 16 Top Ten hits and multi-platinum status in more than 20 countries, taking over festival stages around the world, selling out headline tours in seconds to securing a residency at the iconic Ibiza Rocks Hotel …It’s official, Craig David is back and in a big way! Craig has announced the release of his highly anticipated new album, FOLLOWING MY INTUITION out September 30 and his new single, ‘Ain’t Giving Up’ (with Sigala), out now through Sony Music Entertainment Australia. A perfect and fresh blend of Craig’s pioneering garage sound, RnB and blazing club bangers, he wrote hundreds of tracks over the course of three years to make the most important album of his career. The album is a celebration of one of the UK’s most loved artists, back on British soil, and at the helm of his own unique, authentically British sound. A sound that made waves across the globe, making him the voice of one of the most pivotal eras in UK music, and in turn, making him one of the most successful artists in UK chart history. Sixteen years since the critically-acclaimed, BORN TO DO IT changed his life, Craig catapulted back into the charts this year and has since leapt from strength to strength.

Ain’t Giving Up (with Sigala)

Got It Good (with Kaytranada And Lauren Faith)

.no Holding Back (with Hardwell)