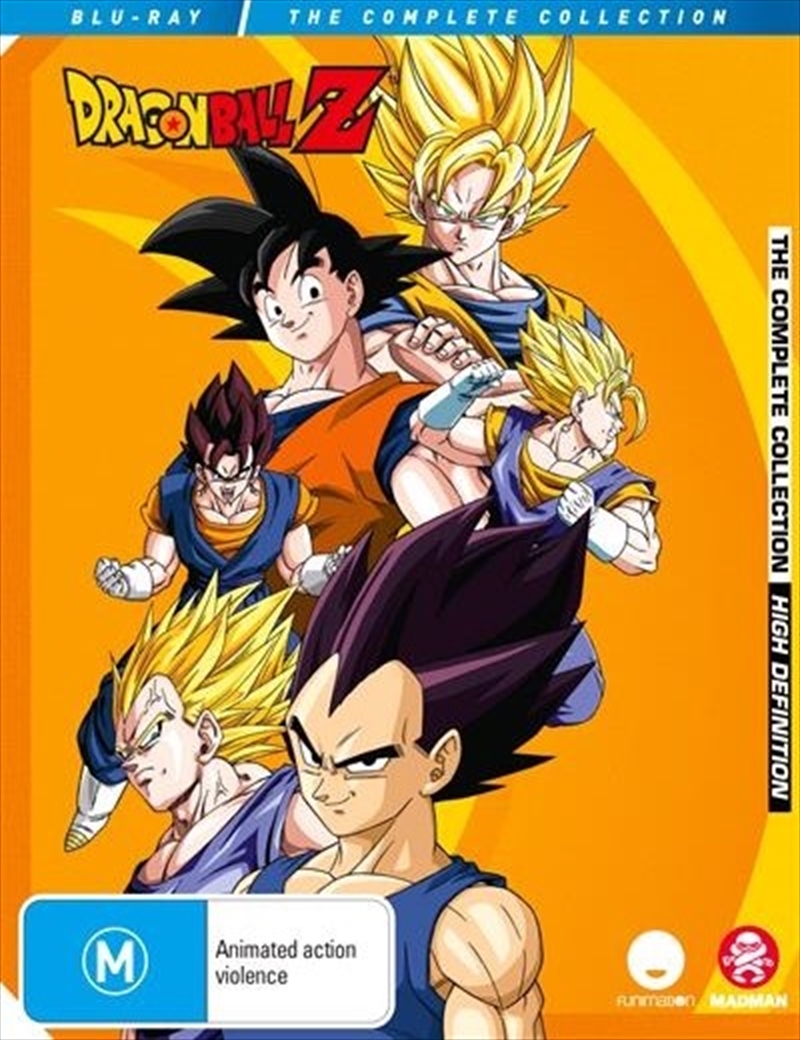 Shipping - See delivery options.
Postcode:
Quantity:
SEE MORE IN:
Dragon Ball Z
The most powerful collection in all of anime!

The last survivors of a cruel, warrior race, these ruthless villains have carved a path of destruction across the galaxy, an now they have set their sights on Earth! They will stop at nothing until they have the wish-granting powers of the seven magic Dragon Balls for their very own. With the fate of his family, friends, and the entire human race hanging in the balance, Goku, the Earths greatest hero, must rise to meet the approaching threat. As he prepares for the fight of his life, Goku embarks on n epic journey that will take him to other worlds, pit him against new and old enemies alike, and force him to confront the dark secrets of his own past. At the end of this path, the most powerful opponent he has ever faced awaits: the evil Saiyan Prince Vegeta! This set has been digitally re-mastered in High Definition and transferred from the original Japanese film. Features revised English dialogue and the original Japanese music, and comes with a 24-page booklet filled with episode summaries, character descriptions and a Dragon Ball Z timeline. Contains all NINE seasons of Dragon Ball Z.