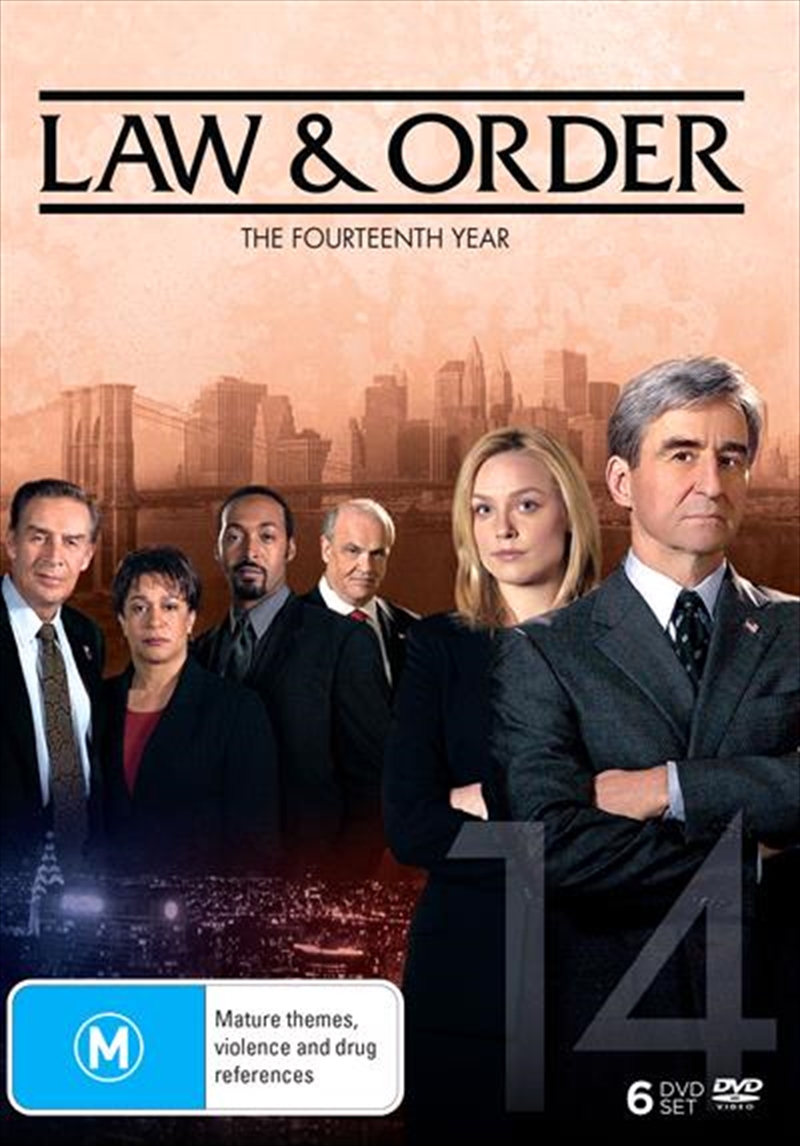 Identity theft, gay adoption, illegal immigration and PTSD are just some of the ripped-from-the-headlines controversies highlighted during 24 gripping episodes from the fourteenth year of Dick Wolfs iconic series, Law & Order. In a post-9/11 New York, Detective Lennie Briscoe (Jerry Orbach), Detective Ed Green (Jesse L. Martin), Lieutenant Anita Van Buren (S. Epatha Merkerson), Executive ADA Jack McCoy (Sam Waterston), ADA Serena Southerlyn (Elisabeth Rohm) and DA Arthur Branch (Fred Thompson) have their hands full with a city still recovering from the shock of the attack. But as they pursue and prosecute a number of difficult cases amidst an atmosphere of suspicion, their toughest challenge proves to be saying good-bye to one of their own in this thought-provoking season from the Primetime Emmy Award-winning franchise.
DETAILS