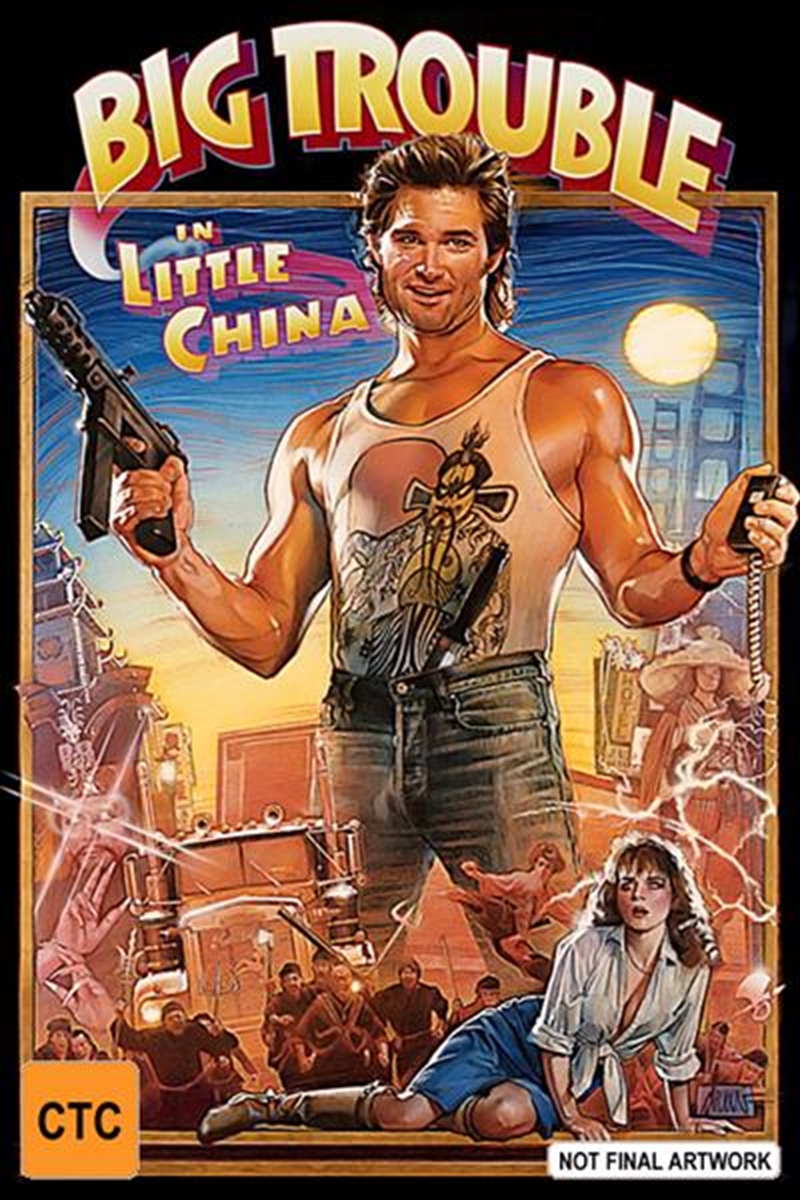 When trucker Jack Burton (Kurt Russell) agreed to take his friend Wang Chi (Dennis Dun) to pick up his fiancee at the airport, he never expected to get involved in a supernatural battle between good and evil. Wang's fiancee has emerald green eyes, which make her a perfect target for an immortal sorcerer named Lo Pan (James Hong) and his three invincible cronies. Lo Pan must marry a girl with green eyes so he can regain his physical form. Now, Jack must save Wang's fiancee from Lo Pan and his henchmen, and win back his stolen truck. But how can he defeat an enemy who has no body?