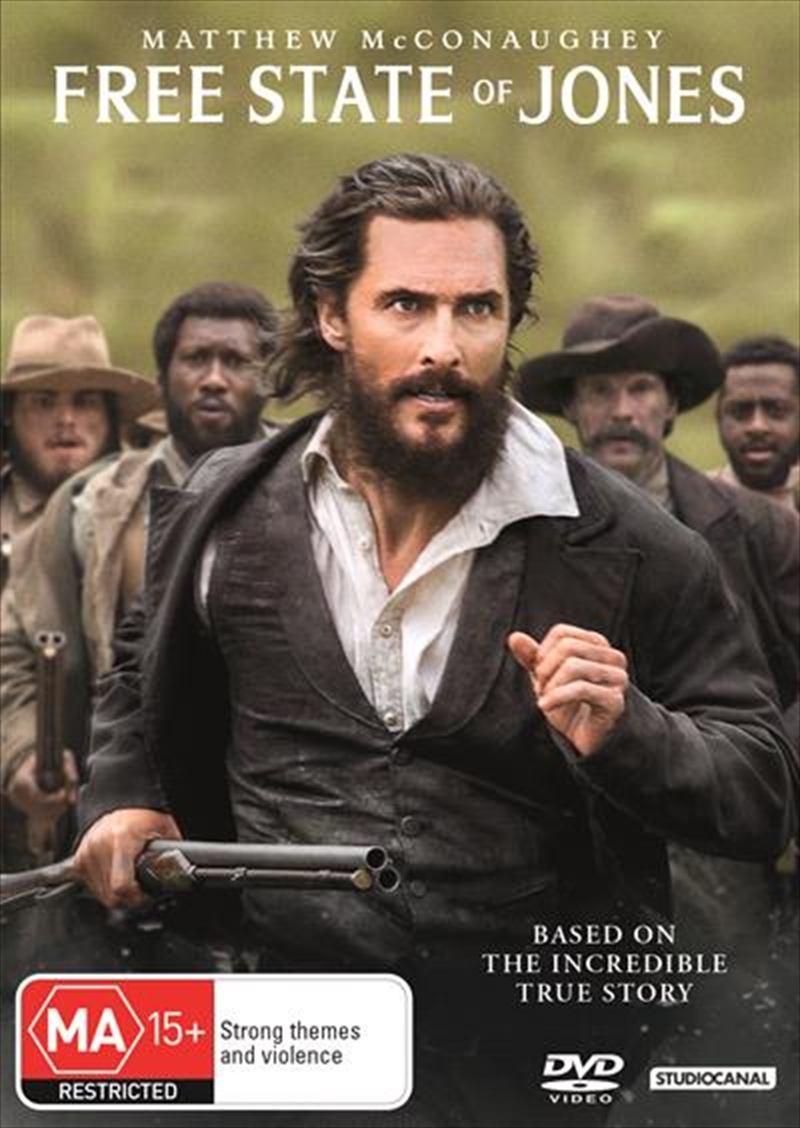 Free State Of Jones DVD - Out Now With Fast Shipping!

Based on the incredible true story.

Fed up with fighting a war he didn't believe in, Newt Knight launched a legendary uprising of an unlikely band of poor white Southern farmers and runaway slaves; who bravely stood side by side against slavery and wartime injustices to the lower class. Outgunned and outnumbered, Newt united his small army of underdog outlaws deep in the dangerous swamps of Mississippi, giving his gritty unseasoned fighters a tactical advantage in defending their families and their freedom against insurmountable odds.
TRAILER
DETAILS