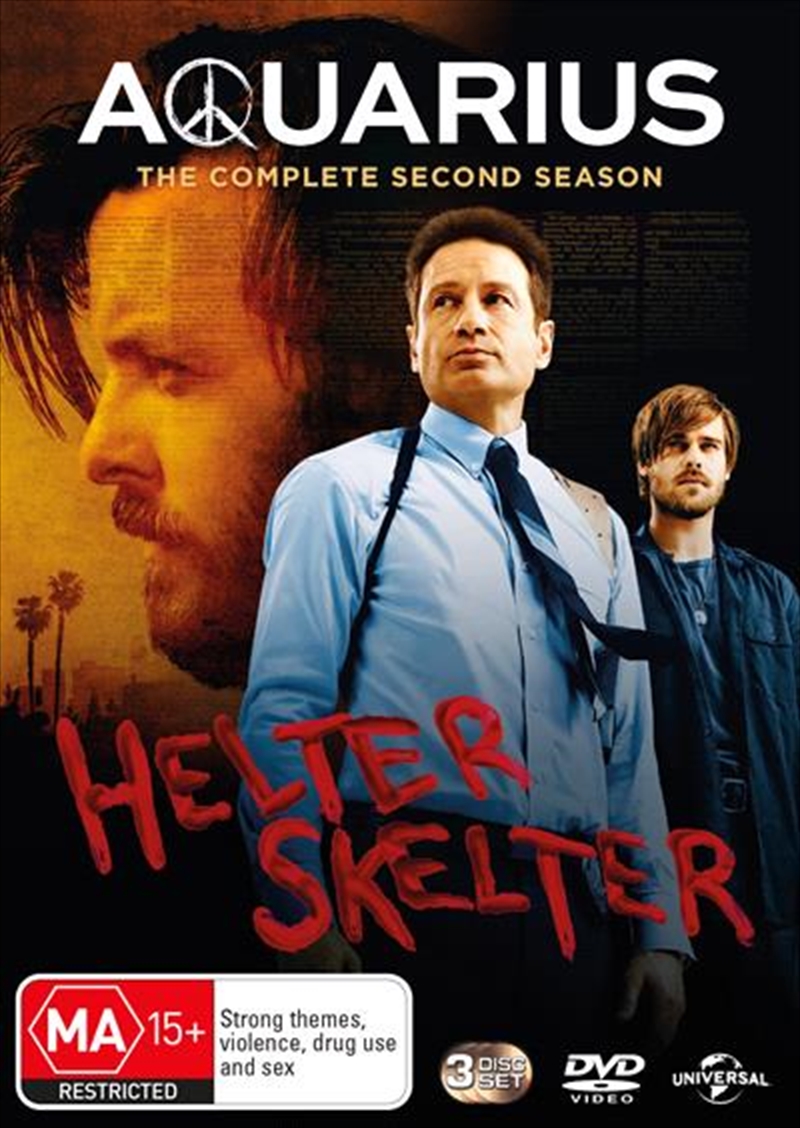 David Duchovny (The X Files, Californication) is back as Sam Hodiak, the seasoned homicide detective whose investigations dovetail with the activities of real-life cult leader Charles Manson, in the new season of this edgy and visually-stunning drama. Its 1968, one year before the most notorious killings of a generation. Against a backdrop of cultural and social revolution, Hodiak delves deeper into a sinister web of murder and corruption, but his provocative style finds him under investigation by Internal Affairs, while an important new friend sees Manson and his growing family on the brink of a psychedelically glamorous future. But, as the future unfolds - knowingly or not - everyone is playing their part in blindly weaving a tapestry of tragedy
DETAILS