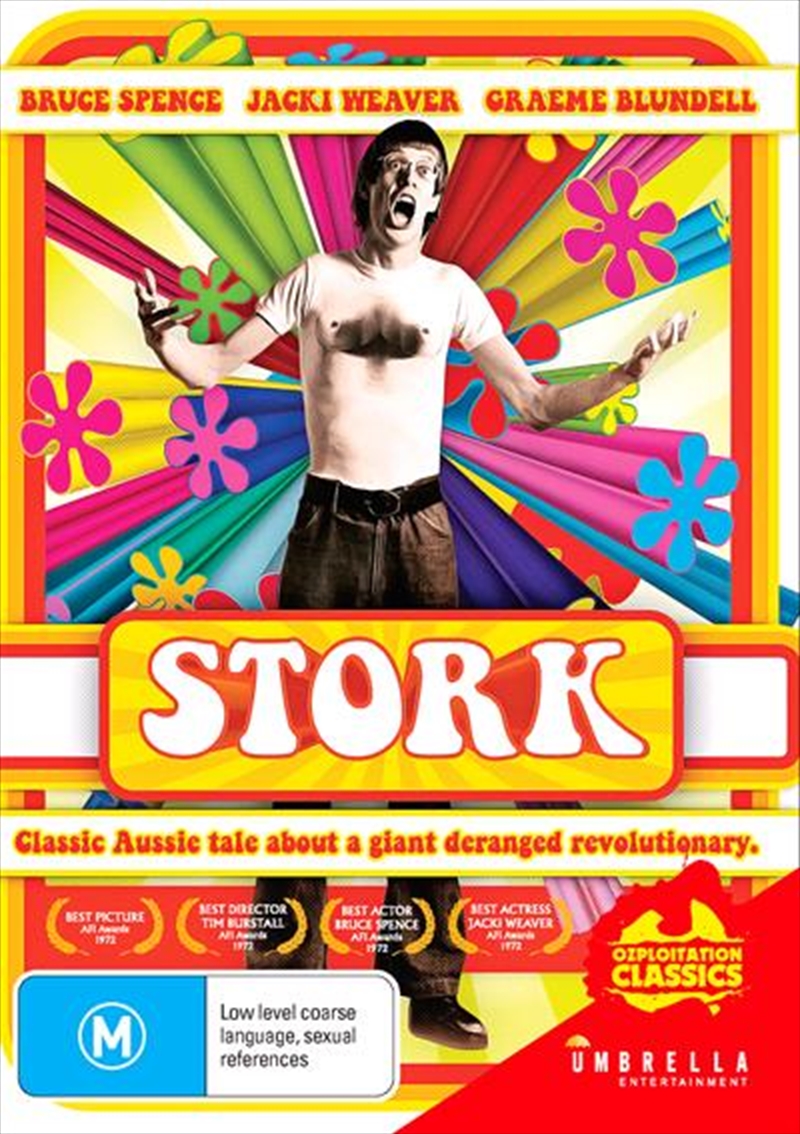 There's something about Stork that sets him out from the crowd.Created by acclaimed AFI Award winning screenwriter David Williamson (Don's Party) and brought to life by Tim Burstall (Alvin Purple, Petersen) Stork is the tale of an awkward young man who knows just what he wants but forever struggles to find it.A giant, footy mad, beer swilling larrikin, Stork (Bruce Spence, Mad Max 2) is a man without limits and is halfway to losing his virginity when he becomes bowled over by the feisty and effervescent Anna (Oscar nominee Jacki Weaver,Animal Kingdom). Boldly carrying the free-love torch from the 60s into the 70s Anna is already involved with Stork's two flat mates. When she falls pregnant it is every man for himself in a mad scramble for supremacy.Also featuring Graeme Blundell (Alvin Purple) Stork went on to receive 4 AFI Awards including best film and is regarded as a classic Aussie gem.
DETAILS