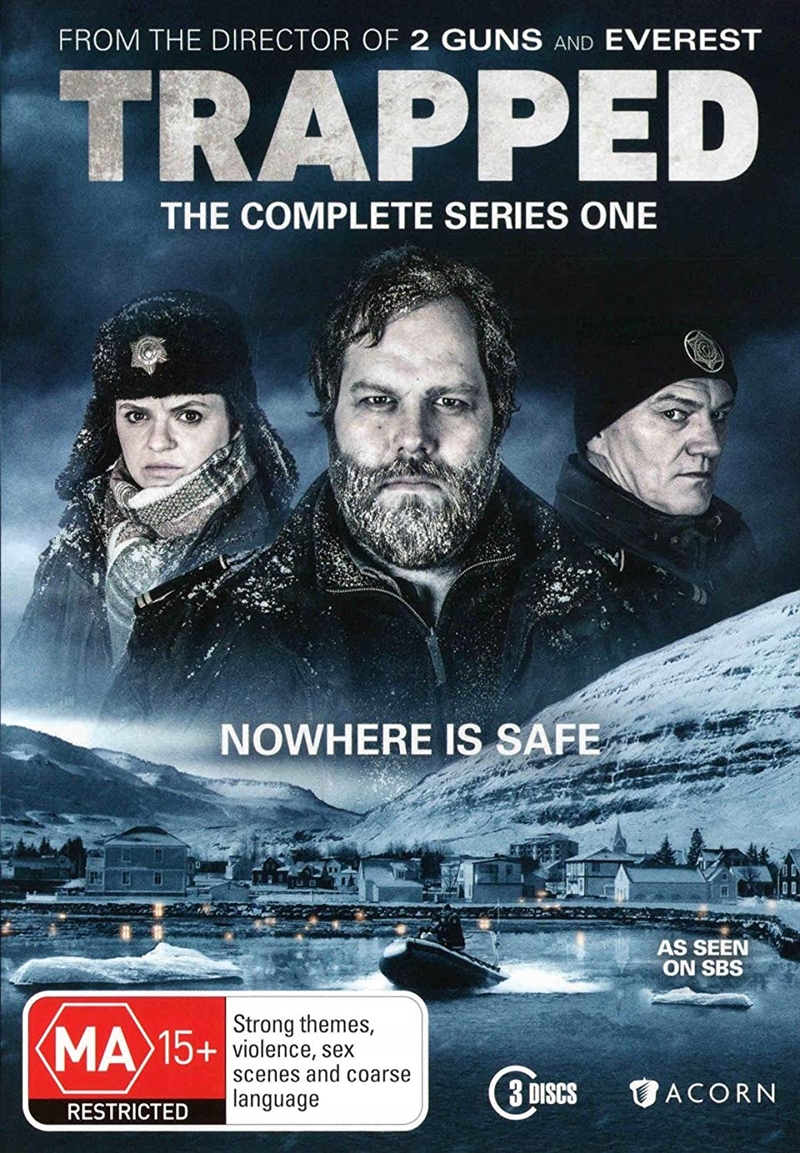 NOWHERE IS SAFE FROM EVIL

Seven years ago, in a small town at the bottom of a beautiful fjord in the northeast of Iceland, an innocent girl died in a mysterious fire. Andri Olafsson is a seasoned cop who moved here, the middle of nowhere, for the sake of his ex-wife and two daughters, leaving a questionable record behind him in Reykjavik. Hes living with his in-laws ready for a new beginning, settling in as the new protector of an old town. A ferry from Denmark carrying 150-passengers pulls into the small port. Heavy snow begins to fall, winds pick up steam. A mutilated and gorged body is discovered by the shore. Its a man, unidentifiable, a torso floating among the ice. Andri examines the body, there must be a murderer on that ferry. The storm becomes a blizzard, the road out of town becomes impassable. Order disintegrates into chaos as the passengers and the residents realise they are all either possible suspects or possibly in danger. Andri was trying his best to take care of his daughters while hoping Agnes would return to a place she can never call home. Instead she returned with her new fianc. Solving this murder will only push them farther away, turning him into a man his own daughters dont recognise. Trapped in a dead end job, trapped in a dead end town, trapped with no way out, Andri is now faced with the toughest case of his career and the biggest challenge of his life. The pressure mounts and cracks are exposed in the social fabric that has kept the town together for a hundred years. As Andri uncovers an intricate web of buried secrets, he will only survive if he discovers a truth stranger than fiction that will not let everyone escape alive.