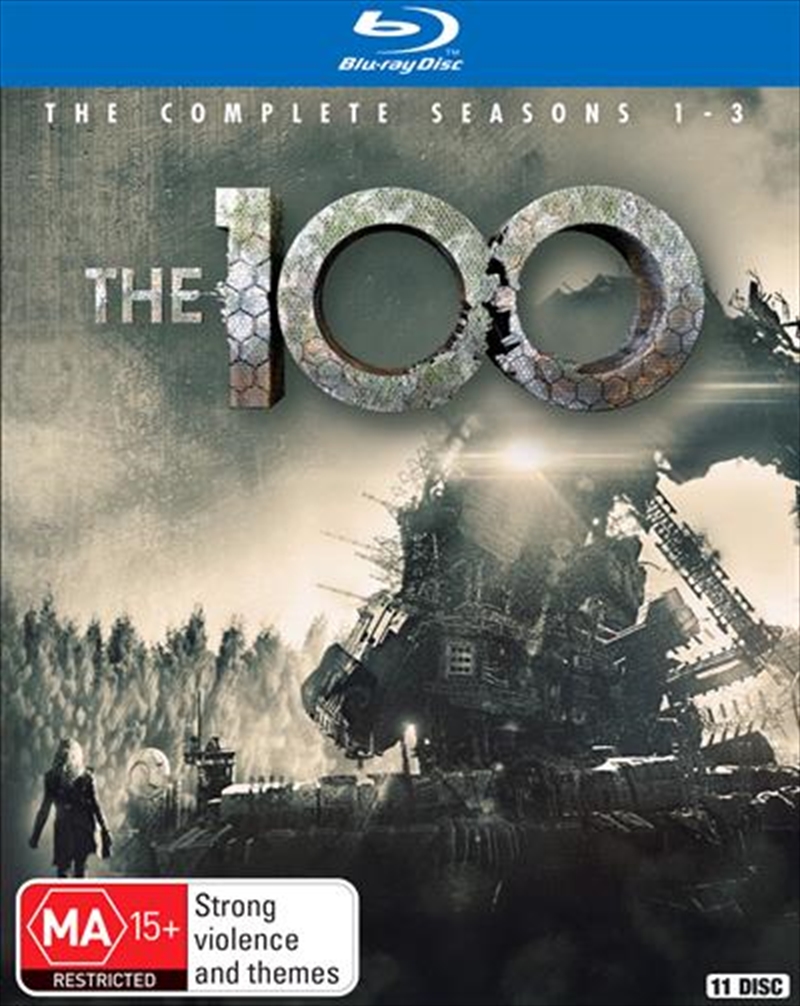 Shipping - See delivery options.
Postcode:
Quantity:
SEE MORE IN:
The 100 Up To 50% Off Boxsets Cant Seem To Stream
DESCRIPTION
Survival isn't who you are. It's who you become.

Contains:
1. Season 1 - Set 97 years after a nuclear war has destroyed civilization, when a spaceship housing humanity's lone survivors sends 100 juvenile delinquents back to Earth in hopes of possibly re-populating the planet.
2. Season 2 - Season two picks up with the group still scattered and desperate to be reunited. As members of The 100 and new arrivals from the Ark stake out their place in a dangerous and beautiful new world, they are confronted with the physical peril and moral dilemmas that come with reforging society. What kind of life will they build? And what will it cost them? This season's quest will challenge them more than anything that's come before. Hearts will be broken. Lives will be lost. Heroes will be born.
3. Season 3 - Reunited with the survivors of the space-station Ark that fell to Earth, Clarke Griffin and her band of juvenile delinquents have faced death at every turn: from a world transformed by radiation to the fierce Grounders who somehow managed to survive it, and the double-dealing Mountain Men from the fortified Mount Weather, whose civilized environment masked a horrible secret. Though Clarke was alternately challenged, supported and betrayed by her own people and alliances with the Grounders, they could always find common ground in survival. United with the Grounder tribes, Clarke and her friends faced off against the lethal forces of Mount Weather to rescue the remaining Sky People from the Ark who were being held captive in Mount Weather. But victory came with a terrible price. The challenges continue in season three as they not only determine what kind of lives they will build, but what it will ultimately cost them.
DETAILS