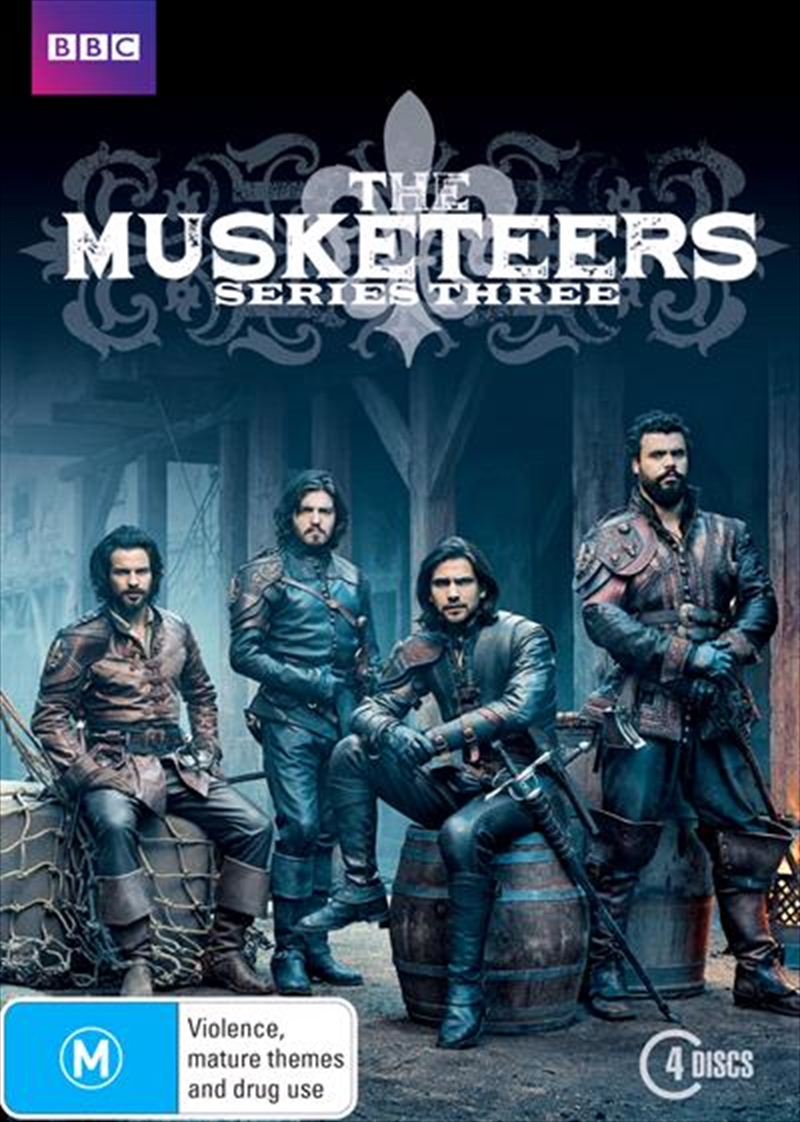 A country at war. A city in crisis.

Heroes on the battlefield, the Musketeers return from the Spanish front to a Paris seething with resentment, a city on the brink of starvation. The corrupt Governor Feron has been running the capital for his own ends, aided by the brutal Red Guard. But behind Feron hides an even greater menace. Lucien Grimaud is a vicious gangster with a powerful hold over the governor. While Feron might be reasoned with, Grimaud deals only in chaos and rage. Ordered to the heart of this simmering crisis, the Musketeers must face their most treacherous test yet. Its a task that will challenge their allegiances to the crown, throw their personal lives into turmoil and compromise their loyalty to those they love and to each other.