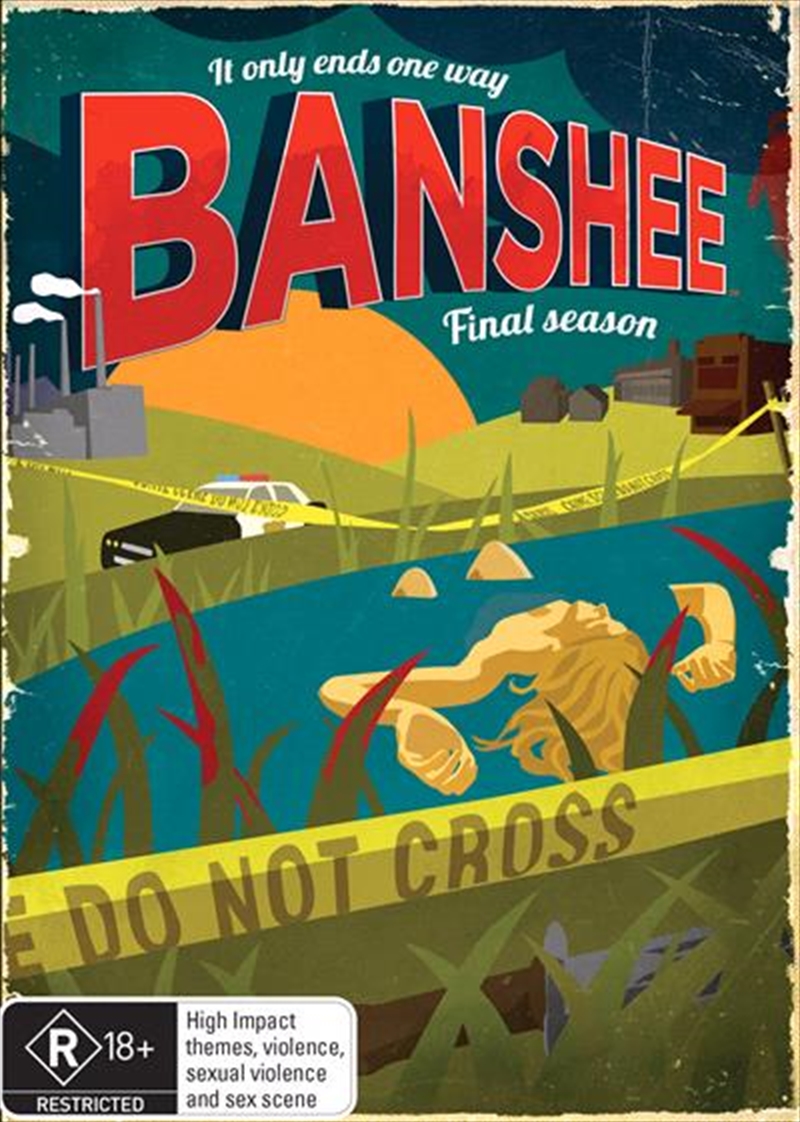 It only ends one way.

Two Years after Job went missing, in Banshee, a string of similar murders where young girls hearts are ripped out of their chest and then left at the side of the road becomes a top priority concern when Rebecca Bowman (Lili Simmons) is the third victim in the grotesque killings. Lucas Hood comes out of hiding to investigate her death along with the help of FBI Agent Veronica Dawson (Eliza Dushku). Power in Banshee has changed, with Brock Lotus (Matt Servitto) assuming the title of Sheriff and Kai Proctor (Ulrich Thompsen) as the new Mayor of Banshee, who's been making deals with the Aryan Brotherhood, led by Calvin Bunker (Chris Coy). The hunt for Job (Hoon Lee) ensues from the Season 3 cliffhanger finale, and the original gang returns for a climactic, all or nothing run taking the 'fun' in dysfunction to the extreme.