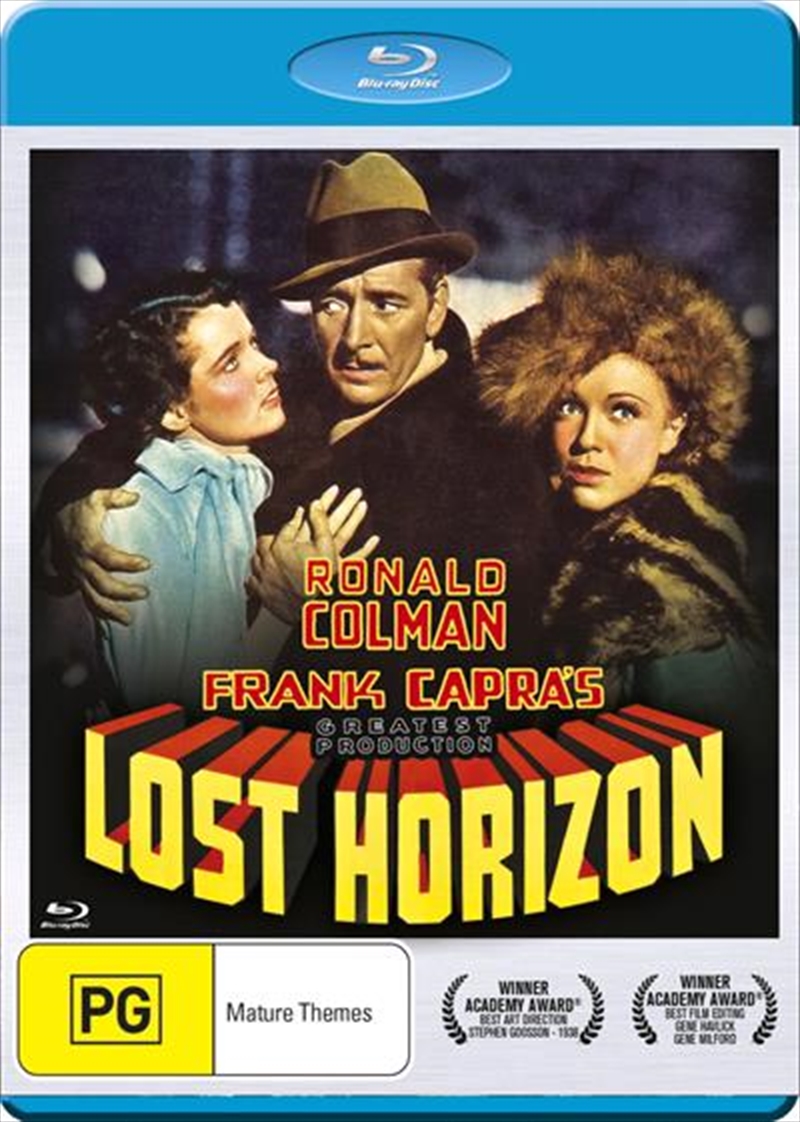 Shipping - See delivery options.
Postcode:
Quantity:
Ronald Colman and Jane Wyatt star in this lavishly produced classic about the enchanted paradise of Shangri-La where time stands still. Frank Capra's enduring masterpiece, Lost Horizon had a running time of 132 minutes upon its initial release in 1937. For a World War II re-issue, 24 minutes were cut to tone down the films pacifist message. Film preservationist Robert Gitt, working over a period of twenty-five years, has utilized footage found all over the world to restore a number of missing scenes. With extraordinary art direction, the set of Shangri-La is considered the largest ever built in Hollywood - winning designer Stephen Goosson a 1937 Academy Award. Furthermore, the budget for the picture was staggering and cost almost four times the amount of any Columbia film at the time; an equivalent cost of approximately $30-$40 billion today. Lost Horizon is considered an exception among Capra's work for its deviation from his usual upbeat "American" theme - and continues to capture the imagination of the viewing public today.