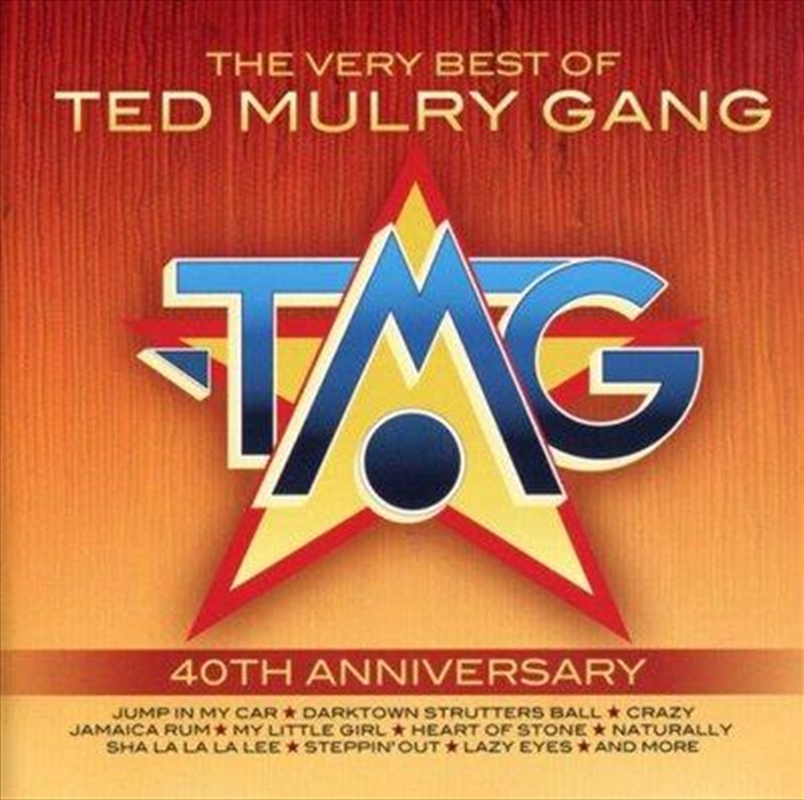 Shipping - See delivery options.
Postcode:
Quantity:
SEE MORE IN:
2 for $40 Music
Celebrating the 40th Anniversary of iconic seventies pub rock band Ted Mulry Gang, this release is a compilation of the band’s Greatest Hits including ‘Jump In My Car’ as well as ‘Darktown Strutters' Ball’, ‘Crazy’, ‘Jamaica Rum’ and ‘My Little Girl’.

During the TMG years they released eight albums. Out of these eight albums, which all went gold, four became platinum. eighty per cent of TMG's albums were written by Ted Mulry.

Jump In My Car

(you've Got The) Devil In You

Can't Take It All