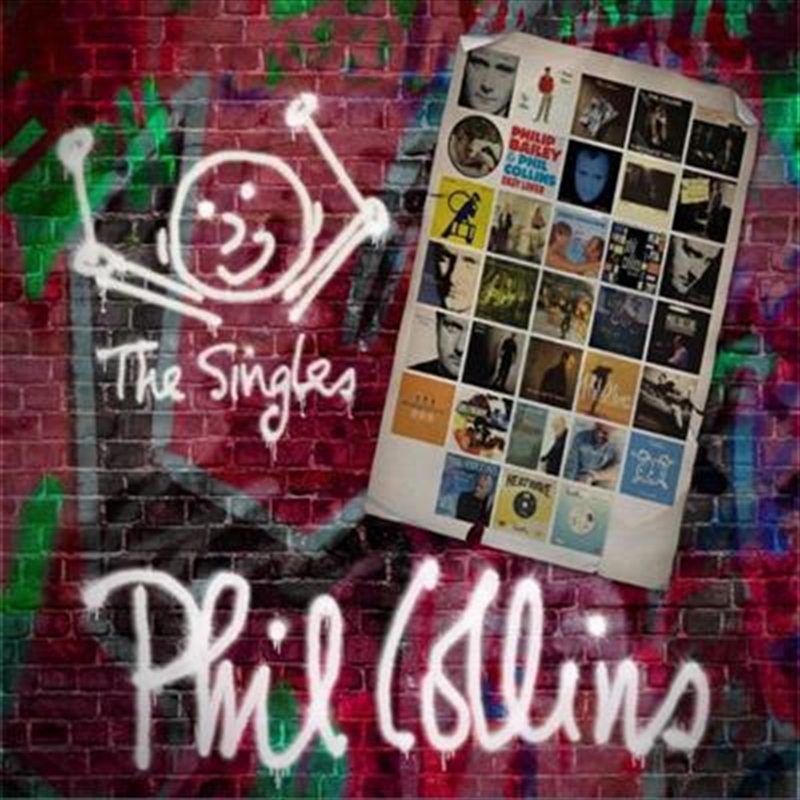 Shipping - See delivery options.
Postcode:
Quantity:
SEE MORE IN:
Phil Collins
The Singles charts Phil Collins’ entire solo career, from his smash hit 1981 debut In The Air Tonight to the title track from his most recent studio album, 2010’s Going Back. It encompasses five Australian top five hits (In The Air Tonight, You Can’t Hurry Love, Against All Odds, One More Night and A Groovy Kind Of Love) and seven top 10 hits including Sussudio and Don’t Lose My Number. It also includes numerous other highlights from his story so far, such as his first Grammy-nominated single I Don’t Care Anymore; You’ll Be In My Heart, which won an Oscar for Best Original Song after featuring in the Disney film Tarzan; and numerous songs which became staples of his live shows including Sussudio, The Singles coincides with the release of Phil Collins’ long-awaited autobiography Not Dead Yet: The Autobiography. Set to be published by Random House Books Australia on October 31st, this is the rollercoaster journey from his beginnings as a child actor to his domination of the charts both as a solo artist and part of Genesis.

In The Air Tonight

If Leaving Me Is Easy

Don't Let Him Steal Your Heart Away

Why Can't It Wait 'til Morning

I Cannot Believe It's True

A Groovy Kind Of Love

Another Day In Paradise

I Wish It Would Rain Down

Something Happened On The Way To Heaven

That's Just The Way It Is

Who Said I Would

Both Sides Of The Story

We Wait And We Wonder

Dance Into The Light

It's In Your Eyes

You'll Be In My Heart

The Least You Can Do

Look Through My Eyes