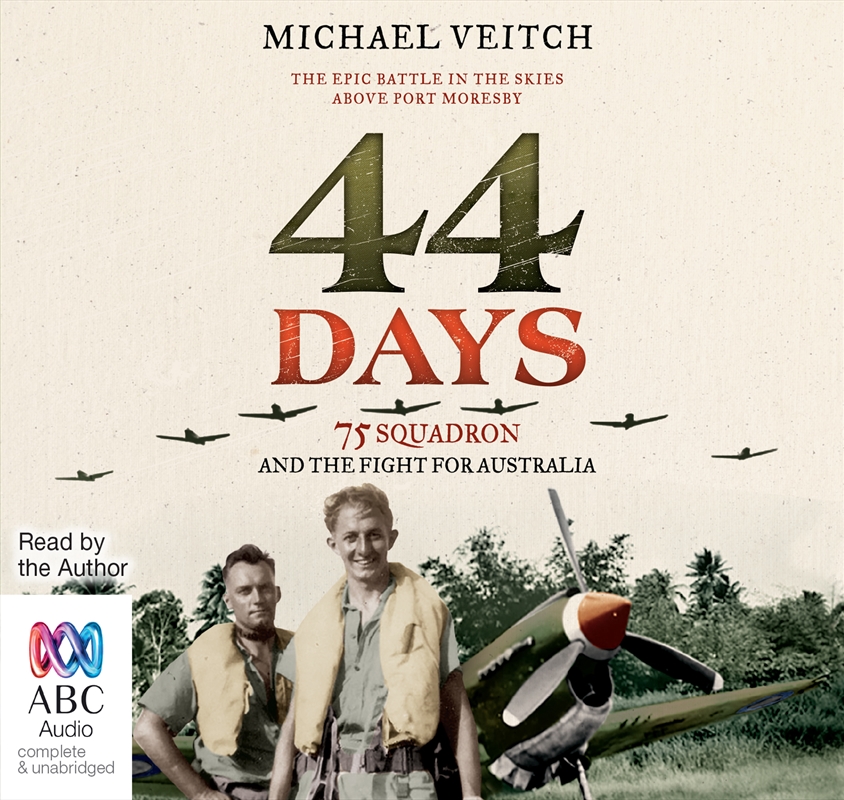 In March and April 1942, RAAF 75 Squadron bravely defended Port Moresby for 44 days when Australia truly stood alone against the Japanese. This group of raw young recruits scrambled ceaselessly in their Kittyhawk fighters to an extraordinary and heroic battle, the story of which has been left largely untold. The recruits had almost nothing going for them against the Japanese war machine, except for one extraordinary leader named John Jackson, a balding, tubby Queenslander - at 35 possibly the oldest fighter pilot in the world - who said little, led from the front, and who had absolutely no sense of physical fear. Time and time again this brave group were hurled into battle, against all odds and logic, and succeeded in mauling a far superior enemy - whilst also fighting against the air force hierarchy. After relentless attack, the squadron was almost wiped out by the time relief came, having succeeded in their mission - but also paying a terrible price. Michael Veitch, actor, presenter and critically acclaimed author, brings to life the incredible exploits and tragic sacrifices of this courageous squadron of Australian heroes.